At least 13 people killed and around 150 injured in clashes in the Indian capital. The deadliest riots in Delhi against a new Indian citizenship law began over two months ago attacking the Muslim community in India. Recently, angry mobs burned down a mosque amid the ongoing clashes.

Video footage on social media shows a mob climbing to the top of the mosque where they planted a Hanuman flag.

The mosque was seen surrounded by angry mobs shouting slogans ‘Jai Shri Ram’. Few Indian journalists were also attacked when they were reporting about the burning mosque.

Where US President Donald Trump was on an official visit to India, this bloody violence has left the streets of Delhi in flames. When asked about the escalating violence in Delhi, Trump evaded the question. He said he hadn’t discussed the issue with Indian Prime Minister Narendra Modi. 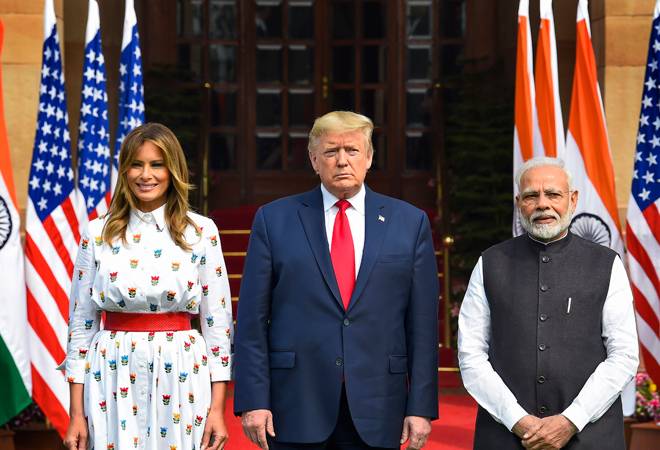 Before he left India, Trump said he had not brought up the violence with Modi. He said he would not comment on individual cases. However, Trump said they had discussed the rising attacks on the Muslim community and he is satisfied that Modi is working hard on religious freedom. In one of his speech, he also said that the US share good relations with Pakistan.

“I had a very powerful answer from PM Modi,” said Trump. “He told me that they are working very closely with minorities in India. Modi said that there are 200 million Muslims in India and that his government is working closely with the minorities.”

However, Muslims living in India highly disagree with Modi’s statement. According to them, this violent situation in India is being created by Modi’s recent move against Muslims.

Moreover, fresh violence is also reported from Muslim populated areas. Mobs are attacking Muslim neighborhoods and throwing stones at them. The Delhi Police also confirmed that 11 FIRs have been registered and several arrests are made.

Shops, cars, and homes are set alight and rubble and smoke filled the Muslim neighborhood. The police responded with teargas and grenades and were reportedly firing Molotov cocktails at the clashing groups.

The riots in Delhi sparked on Sunday with an alleged clash between two sets of people. One that supported the country’s new citizenship law and others who are demanding to revoke the decision that it discriminates against the Muslims.

Some of those protesting at the citizenship law said that Modi’s ruling BJP and its supporters are targeting Muslims and instigating the violence. “We have no weapons, but they are firing at us,” said Mohammad Shakir, a protestor.

He further added, “This BJP is targeting Muslims. They want to turn India into a Hindu country“.

Furthermore, Pakistani President, Dr. Arif Alvi has also condemned the inhumane act against Muslims. “Another update of the disgraceful act. Vandalizing a mosque! It seems to be a reminder to Muslims of the Babri Masjid episode. I think secular forces within India should rise against such barbaric actions,” he said.

Former Karachi Nazim Naimatullah Khan Passes Away At The Age Of 89!
Beware! FBR Is Now Watching All The Real Estate & Jewelry You Buy
To Top