The ‘Deen Squad’ Released Their ‘Islamic’ Version Of ‘Havana’ And It Is Absolutely Disrespectful!

But with all these big changes in the living style and thought process, millennials are more prone to doing bad to the things and beliefs that are thought to be sacred! So, this Canadian “band” which claims to play “Halal hip-hop” only produces Islamic music and music videos under the name “Deen Squad”. Yeah, we get it. Why so many inverted commas? You’ll know when you’ll play the video underneath!

My Heart Is In Madina Oh Na Na ? #DeenSquadSHARE To Spread Our Beautiful Deen <3

Well, with this video, we searched on to their page and this photo was put on their cover which totally looked like it was Miami bad-boys-club. But, the playlist will shock you beyond anything!

And here’s how people reacted to it! 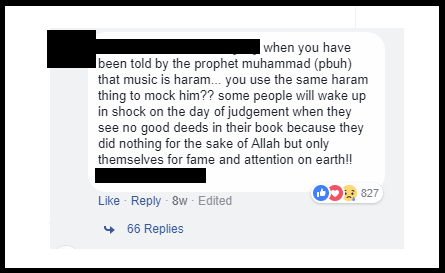 There were some who even found this comment funny! 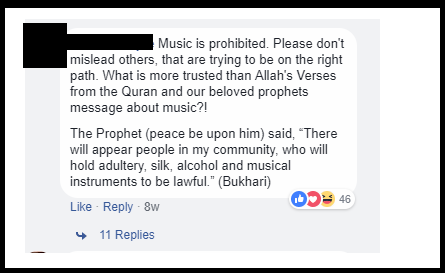 and if this isn’t enough for you, you need to see this!

NO RACISM IN ISLAM – #HalalLovin

With many people loving this “liberal” Islam, there were many others who bashed them to the core. Being happy is another thing but dancing on it and that too on the tunes to some very famous songs? Wasn’t religion more about intention and how you feel about things? And if that is the case, would people recall the real song and its video after they’d hear this very religious version?? Don’t know about others but would they have done this in Pakistan, they would have faced some very severe consequences.

Victoria’s Secret Model Doutzen Kroes Thanks Mahira Khan For Sharing ‘Wonderful Stories’ With Her At Cannes!
This Recent Hashtag On Twitter Has Got Many Pakistanis Speaking Their Hearts Out Against Cyber Bullying And It Is Shocking!
To Top