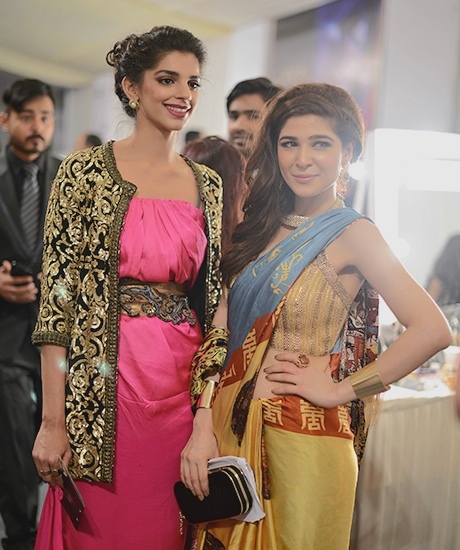 I turn my car onto a narrow street, located in one of the easily assumed shady places of Karachi, with stalls of local mineral water bottle sellers and the cholay walas. With this turn, I see men of different sizes and shapes buzz around my car, giving me directions to the park, ‘aanay do aanay do’. And then as I successfully park my car, these men gather around me like a moth gathers around the fire.

I ask them, ‘bhai thori si jaga den’ and they gesture each other, ‘jaga do sister ko jaga do’. And then they get to the point, ‘passport office?’ I answer them with the affirmative. ‘Aap humein batayen kia kaam hai.‘ ‘Jee nahi bhai, Mein ander jarahi hun’. And I leave these agents to buzz around another car, making its way to Malir’s passport office.

I walk inside the small gate situated just beside the big gate with a thin chokidar standing in the usual shalwar kameez attire, smoking. As I enter I see a queue of women in black burkas, some with little kids, a few with newborns in arms. In the same line are men in shalwar kameez, most of them having mustaches and big bellies.

I walk past them and towards the grill gate, which is under some kind of a protection spell and a little man in blue uniform with a white beard is guarding it, ‘aapko mana kia tha, phir aagaye aap? Jaayen abhi.’ ‘Aray bhai wahan jaake betho kaam hojayega’.

Reaching this particular gate, behind which the land of Oz lies, I take my Black-Green Classic Ray Bans off and place, sophisticated, on top of my head, ‘Bhai passport banwana hai urgent.’

‘Banjayega Baji, aap yahan side pe khari hon’, the baba said to me while he pushed everyone else with his words,‘aap yahan na aayen, wahan jayen aapka kaam nahi hosakta.’ And I stood there to wait… For like 5 minutes, and then I was directed to go to Malir Pandra to pay a particular amount for the urgent passport.

After coming back from the bank where there were queues and queues of people waiting for their turn to come (I didn’t have to be in the queue, I was taken inside the bank to pay), I went through a couple of the necessary steps in order to get my passport made and my work was done. (I’m not going to call these men who helped me ‘chichoray‘. I wouldn’t say that because I’m a woman and I got my work done in time, these men are objectifying sons of ‘women’.

And neither am I implying that I ‘made’ anyone do my work. Sometimes, it’s past all of the typical assumptions about men and women and is more about luck, and in my case; respectable dressing) I put my Ray Bans on, saw the same mustaches, the same burkas, the same crying kids, walked past them and walked to my car, I had succeeded.

Wow, I might easily be called a misanthrope. Maybe the day I visited the passport office, many people called me a misanthrope; of course not using this term but with something with a similar meaning, after all, I was dressed way better, I had the most attention, all in all, I got my work done so quick, and I didn’t even pay extra because well, okay I’ll stop acting haughty.

The reason why I mentioned what I mentioned, is that it’s a sad  world where if you’re dressed powerless, you’re shooed away. But if you’re dressed persuasive (used in a very respectable manner), you’re welcomed. I used an example of a passport office in Karachi, but this is pretty much the case everywhere in the city. And as much as the high officials, the government is to be blamed for this showcase of poverty on our land, a common man is too. I don’t want to sound pompous, but it’s true that you’re judged by the way you are dressed and the way you behave.

The question is, why do people not want to be dressed well? Why don’t they want to be presentable? Why do people not wish to have decent behavior? Is it the money problem? Is it their standards? Or is it just that they are lackadaisical(s) who do not wish to invest in themselves a little? I don’t want to be heard as a bias who is not looking through the victim’s eyes, so yes I’d agree that people lack resources, they lack the courage to build themselves up, to become better, to grow out of their bizarre life. But nobody ever lacks opportunities. There’s a television in your house, watch people and learn how to be civilized.

See the thing is, Pakistan has one of the lowest literacy rates in the world, according to the United Nations Educational, Scientific, and Cultural Organisation (UNESCO), it is 55 per cent and Pakistan stands at 160th in total countries of the world. And why does this matter? This matters because it made my heart ache seeing women holding their newborns in Karachi’s scorching heat, for hours, not considering how it might affect their child. It infuriated me when I saw men ‘shaking hands’ with one of the superior agents; the one allowed to enter the enchanted gate.

It saddens me that women wake their kids up every day, early in the morning and dress them up… To make it to the sets of the morning shows and sit in the audience and clap their hands off. No. Wake them up and send them to school. No. Do not put your laali and pawdur and be a puppet in the morning shows. Do something productive, make yourself useful. There are a million things you could do, even if you think you lack resources. And one of these million things is, working on yourself.

When I see perfectly looking men and women living an unhealthy lifestyle, I feel ashamed, because I live in the same country as they do, the same city as they do, and yet there’s a social difference, a class difference. We will keep living in this poverty trap if the less privileged aren’t going to do anything about the lives they’re living. The rich will keep getting richer and the poor will be poorer if we depend on our government. Well, don’t. It’s time we start investing in ourselves.

A little change in the way you dress and the way you talk brings forth a lot of other changes. When you stop eating gutka and stop saying words like, ‘Mein kehriya tha’, you will feel as if you have emerged again, it is your rebirth. It will be difficult. At first, they will think something has gotten into you, then they would look at you differently, then they will talk about you, then they will dislike you, ‘how dare he become decent?’ ‘Farzana ki beti ko dekha? English ka parcha tha islye munnay ki shadi Mein nahi aayi.’

But then they will sit back and think again, ‘maybe we can be like her too’, ‘Well she didn’t do any harm by bringing in a good change.’ ‘Wow, it shows her education has an effect on her.’ And in the long term, we will be a part of a civilized society.

Top 6 Burger Joints in Lahore That Will Satisfy Your Tastebuds in Less Than Rs.400
After Momina Mustehsan, Pakistanis Are Now Obsessing Over This Lady
To Top