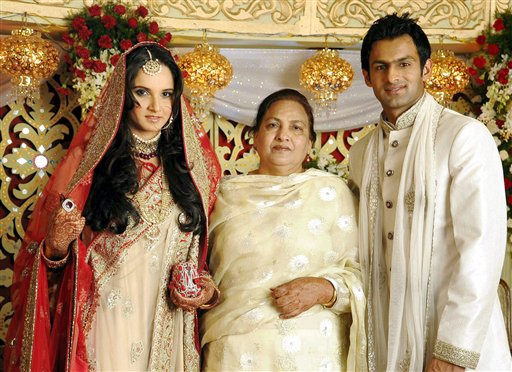 “As a woman, I do not have the same rights as that of a man. And the terrifying part is that most of the country is okay with that. They are perfectly fine with seeing me (and other women) as lesser beings.”

In many countries, yes, women are discriminated against. However, if you come from a society that is even half as modern as the rest of the developed world, you will be seen as equal. Unless you come from a rural, backdated part of your country, your statement makes no sense. Also, you are using your own country to represent all of the worlds. Bravo.

“I am supposed to make all the concessions that my husband never will. I have to move in with his parents. Live in his house on his terms. But worse than all that- I’m supposed to be a slave to his parents.”

Traditionally, men are seen as providers, and he wishes to provide for you. Since men are also seen to be the rock for parents, he will also have to live with them. Connect the dots. You wish to provide for your family? Sure. Go against hundreds of years of a societal construct. And that’s not an argument. Sadly, it is a norm in place. Wanna change that? Talk to the husband; plenty of joint families exist. But don’t expect society to change. As for being a slave, no husband, unless inherently biased, will ask you to be one, simply aid his parents. Because, you know, they are our parents.

“Because if I don’t get along with my mother-in-law, my husband will divorce me.”

You seem to severely underestimate the role of a mother in a man’s life. Getting along isn’t priority. Treating them with respect is, just like YOU would expect US to treat YOUR mothers. They are our MOTHERS. THEY ARE IMPORTANT. Also, you seem to have a warped idea of mother-in-laws. The next example you provided proves it.

“So, if a week from now, my mother-in-law asks me to make her a cup of tea and I’m too busy looking after my child to do it, immediately, my husband can divorce me for it. Men consider themselves as more accommodating than women so my husband should have no trouble getting along with my parents.”

No, my mother will not ask you to drop the child and make her a cup of tea. She understands how taking care of children works. You know why? You’re married to her child. They do. Just like they expect you to with their parents. Also, gender is irrelevant in this matter.

“My religion binds me to my husband, not his parents. I’m not going to hell because I don’t get along with them. Al-Tirmidhi Hadith 3254 Narrated by Anas ibn Malik: Allah’s Messenger (PBUH) said, ‘When a woman observes the five times of prayer, fasts during Ramadan, preserves her chastity and obeys her husband, she may enter by any of the gates of Paradise she wishes.’”

The Prophet Muhammad ﷺ said: Your Heaven lies under the feet of your mother (Ahmad, Nasai).

“Your Lord has decreed that you worship none but Him and that you be kind to parents. Whether one of both of them attain old age in your life, say not to them a word of contempt, nor repel them, but address them in terms of honor. And, out of kindness, lower to them the wing of humility, and say: `My Lord! Bestow on them Your mercy even as they cherished me in childhood.” (Qur’an 17:23-24)

I don’t care if you’re the love of my life. I don’t care if you’re my soulmate, and we’re meant to be together for all eternity. The least I can expect from you, as my wife, is the same as what you would expect of the wife of your son: Respect my mother, because of she, after Allah SWT, is the most important thing in my life. That’s all it takes.

Read Also: Mother Sends Son To Get Grocery But He Returns With Wife