After killing almost 100,000 people in three decades in Kashmir, India is trying hard to label Pakistan a terrorist state on the global level, and the irony is that UN is backing India on account of this situation. Statistics about Kashmir say that it is the largest militarized zone in the world with the number of soldiers ranging from 600,000-700,000 (meant to kill 130 militants). To put the things in perspective, the second most militarized zone in the world is Iraq with about 130,000 US troops.

India has only one aim and that is to kill Kashmiris and put Kashmir in the mainstream India. For this, they can do anything, say for example India recently manufactured one lac pellet cartridges only for Kashmir. You see how much they love us! Whenever any country raises Kashmir issue, India interrupts and uses fake encounters and attacks to halt it. 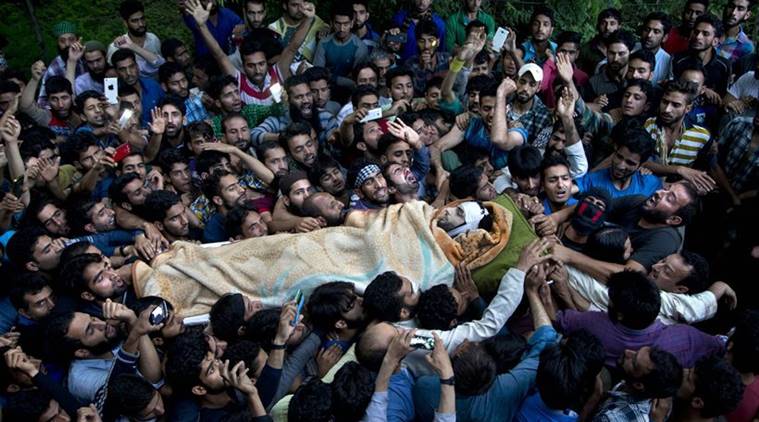 Recently India went on fire after 18 Army men were killed and UN was also very excited to point their fingers on Pakistan, but when civilians in Kashmir get killed and forces fire pellets on people and children as small as four-year-old , UN plays Hide and Seek with us. India does not only want to kill people who demand Azadi (Freedom). Even in 1985 when Kashmiri people were protesting for electricity, they were showered with bullets. 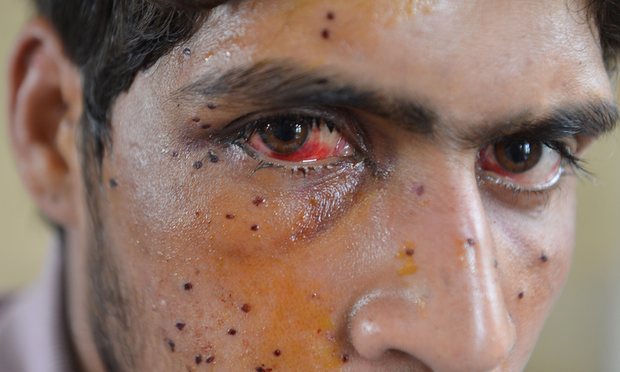 Recently, our Civil Right Activist, Khurram Parvez was arrested and booked under Public Safety Act (PSA) when he was heading to UN Human Rights Council in Geneva, Switzerland. He is in jail without a trial. India has blocked Mobile Internet, Calling and SMS services in Kashmir. Access to the internet is only possible through broadband, which only has a subscriber base of about 20,000 here in Indian Occupied Kashmir. They have snatched everything from us here. Thank God Oxygen is not under their control.

Pakistan is responsible for the terror attack in Uri because the things those terrorists were carrying had Pakistan markings on them. Well, I am having “Shan Chicken Masala” in my kitchen and that means I might have also been involved in the attack. Below is the report card of  Indian Forces about what they have done from Jan. 1989 to Sep. 23, 2016

Are we still the ones at fault?

Ruby Chishti, the Artist From Pakistan Who Is Breaking Stereotypes Through Dark Artwork
These 7 Male Pakistani Instagrammers Are Upping The Game And We Think You Should Follow Them
To Top