Dear Society: If You Think I Am Beysharam, Let It Be - I'm Not Going To Change For You!

Yesterday, me and my mother were in a mall where we spotted a young girl and a boy holding hands, my mother pointed towards them and said ‘sharam haya naam ki tou cheez hi nahi rahi, kin bicharay maa baap ki beti hogi ye’. Anyway, I decided to stay quiet and after a few while we spotted them again and we actually heard that girl say ‘bhai jaldi chalein ami ko pick krna hai’ to the guy whom she was holding hands with before a while. I looked at my mother, she shrugged and said ‘phir bhi is larki kay kapray theek nahi’ although I didn’t see anything wrong with her clothing but still I chose to be quite. 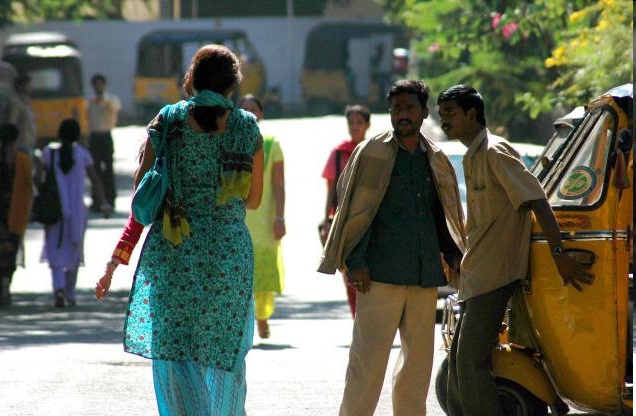 We left the mall and while we were on the road we saw three young boys harassing a burka cladded woman, this time I asked my mother the reason why society didn’t spare her as she was rightfully dressed and without a guy on her side to which she replied ‘fazool kay sawalat na keeya kro,akeli road pr nikli hai ye tou hoga hi’ I guess she forgot that me and her were also so called ‘akeli’ on the road. Anyway, we reached home and as soon as I lay down I couldn’t help but think about that burka cladded girl, I mocked my own self for not helping her out but then there was ‘dosro kay mamlay mein dhakhal nahi dete’ type factor.

I wondered what attracted those guys towards her? Was her skin showing off? NO. Maybe she had some personal issues with those guys… But how could those lads recognize her under that thick black layer, why was she teased? This question disturbed me a lot. OH wait! Maybe she was teased for the same reason why Sabeen Mahmud was killed? but what was the reason that took her life away? The society hasn’t answered it yet.

The reason why I am sharing this story with you all is that for the last few days my newsfeed is all filled with controversial articles upon a Pakistani drama in which very openly child molester is shown who is abusing his step daughter, and according to our society it is promoting bad image of Pakistan. Not only this, when Sharmeen Obaid Chinoy won an Oscar award we all were shouting that this is wrong,this is not what our Pakistan is and right after few days when Qandeel Baloch got murdered by her brother under the banner of honor many Pakistanis are happy with that.

I would like to ask one big question to this society WHERE WAS YOUR HONOUR when a Christian woman in Lahore was raped, stripped, beaten, when hundred kids in Kasur were raped and videotaped, when a girl was set on fire in Abbottabad for helping friend elope, when Hindu girls were abducted and forcefully converted, when we voted for the same corrupt politicians, when a religious community literally had to sit next to dead bodies of their loved ones in freezing cold to demand justice, when the biggest metropolitan city has nothing but a garbage dump, when doctors were targeted and gunned down over their crime of belonging to ”wrong” sect, When two boys in Sialkot were beaten to death publicly, When our teachers & Intellectuals were killed in broad day light.

When terrorists played football with the heads of security personnel after beheading them, when hundreds of factory workers were burned alive, when misogynists compared women with bitches during a live program on national television, when an old Ahmadi man had to spend years in Jail for quoting Quran, when hundreds of thousands came out in support of a convicted murderer, when a Christian couple was beaten to death over “Blasphemy.”, When countless women were abducted and trafficked, when a transgender in Peshawar wasn’t treated in a hospital, When a baby girl died because of one of our “leader’s” VIP protocols.

When local Hindus had to leave their country and migrated to India, when women faced acid attacks for refusing marriage proposals, when girls as young as six were raped, when a “religious scholar” on national TV made crude Shalwar remarks at a woman, when a woman in our national assembly was called a “tractor trolley.”, when country’s Nobel Laureates were ridiculed, cursed and humiliated, when a religious cleric sitting in the heart of capital openly supported ISIS, when head of the state was found ”laughing” at the funeral of the greatest humanitarian of this country ever produced.When country’s premier’s name appeared amongst the list of most corrupt people around the world, when Green passport was ranked 2nd worst passport in the world, When Pakistan remained as one of the only two polio-endemic countries in the world yet those who tried to eradicate disease were regularly attacked.

The only time our honor is awakened when a woman takes off her clothes. In the end I would just like to quote Junaid Akram that

“No Qandeel did not go to Hell, she actually left one”

6 Epic Lessons to Learn from Pakistan’s Victory at Lords
Redirecting: From Leaders to Followers
To Top