Dear Society! Don't Judge Any Woman By Her Past

A woman is one of the best creatures of the universe. She has been equally endowed with, in terms of intellect, prudence and rights as man has. The state of women these days, as compared to men are awfully miserable in many countries, mainly from the Asian side. She is indeed meted out with massive atrocity and injustice. She is being denied her rights due to social, economic, political and financial standings.
We, as men should give them that respect which they deserve because in every relation they are doing their best to make the world a better place. Their importance can not be forgotten.

Asian women, mainly from India and Pakistan, are being suppressed by their lords. The state of rural women as compared to urban ones needs urgent attention. The rural women are undergoing worse experiences at the hands of feudal lords. They have been kept vastly ignorant of their fundamental rights such as education, health, participation in politics, and professional and financial liberty. Them being illiterate and uneducated, can not fight for their basic rights. This gruesome state of woman is just because of lack of education. Truthfully speaking, the poor state of woman can only be improved by promoting education ranging from primary to higher level and opening up the doors of opportunity for jobs in different departments. So that they can become socially, economically, politically and professionally strong. 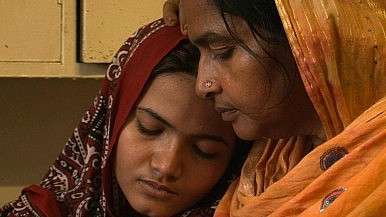 If you see a woman, who went through any of these but had already wiped her tears, tied her hair up, masked her sorrows with a divine smile, stood tall and strong, and started walking towards her future because she still has some hope left inside her and has not given up on the concept of love that still exists in this world, do not stab her with her past. Do not confront her. Do not slap her with more abuse. Give way to her and walk beside her. Maybe hold her hand and walk for a while. You’ll know how sweet that soul is and how strong her hopes are! You’ll be amazed at how she carries herself even after all her energy has been sucked out.

She need not always be the woman next door or from a different home. She could be your own friend, your own sister, your own girlfriend, your own wife, even maybe your own mother. Do not judge her by her past. Gift her the peaceful future that she deserves. Hold her hand against the world, which knows only to judge. Give her the love that she always yearned for.

French Automaker Renault Is Finally Coming To Pakistan And People Are Loving It
The People Of Balochistan Are Not Traitors!
To Top