Dear Parents, Here Is Why Your Kids Need Your Immediate Attention

“In Pakistan today our children are facing a health crisis. Their unhealthy lifestyle habits can affect them today that can lead to problems tomorrow. Nestlé launched a movement to educate and spread awareness about how small lifestyle changes can make a big positive difference in our kids’ health and their future.”

This is but a few lines of what Nestle has mentioned on their website.

They have launched a campaign called United For Healthier Kids Aaj Se. They themselves refer to it as an activation, not a campaign. This is because they believe in doing, not just sitting and preaching. That was why on Sunday, the 7th of August, they held an event at Marriott Hotel in Karachi to show the people what they were fighting for.

The event featured bloggers and Twitter celebrities from all over the city. It started with Sara Muzzammil, the host, asking people a random bunch of questions, or so it seemed. They were random questions about our eating and drinking habits and then those about the habits of any children that we knew or were around us. 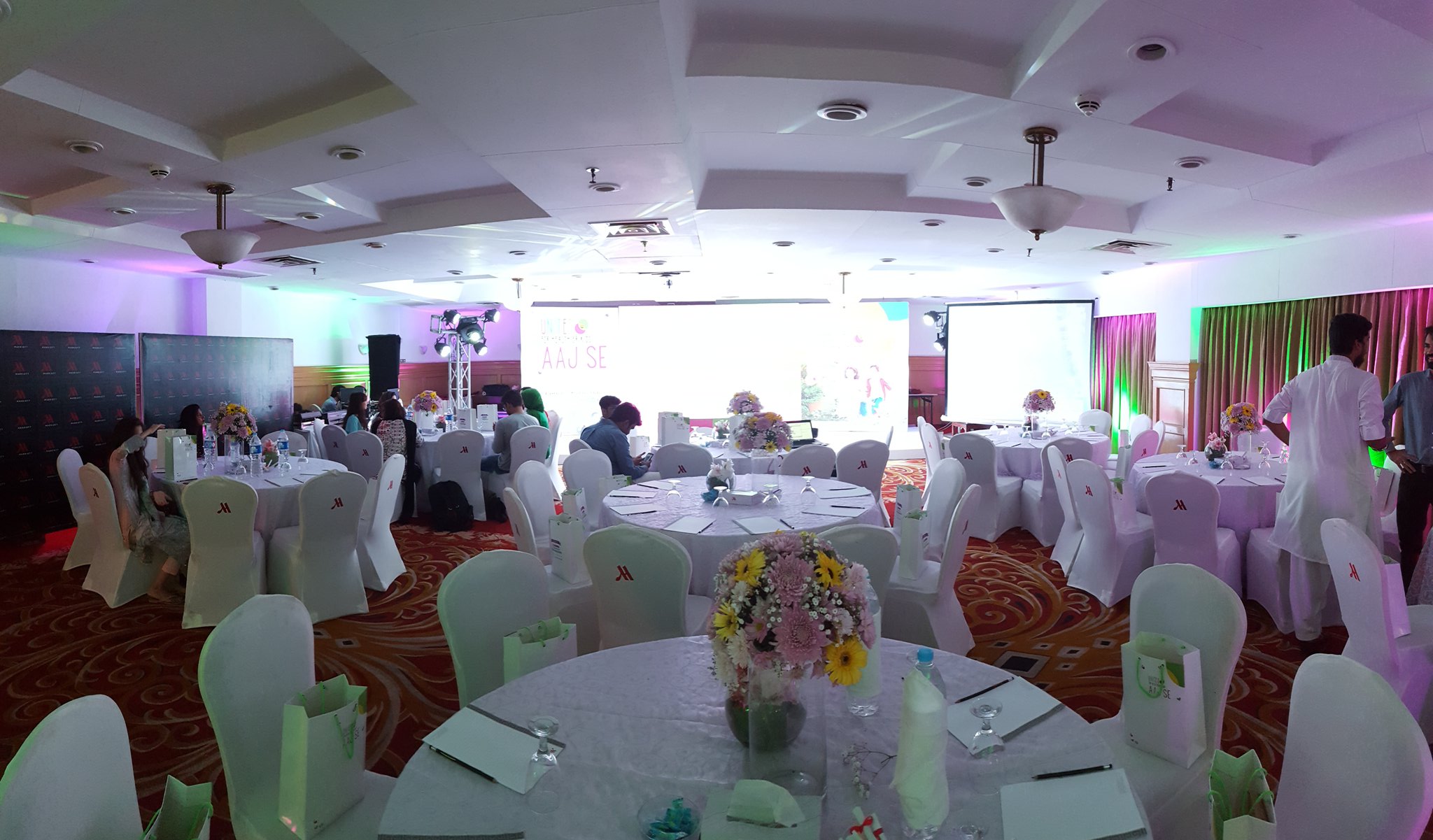 What those questions showed is that when it came to choosing between something healthy and something unhealthy, it was more like than not that kids would choose the unhealthier option. Juices or soft drinks over water or crisps over carrots or any healthier substitute.

That was when the event really kicked off and Sara spoke about how kids weren’t getting the right kind of nutrition, the result of which was that they were either under-weight or over-weight, both being classified as mal-nutritioned. A major cause of this was how parents weren’t setting the right example for their kids.

Nestle aimed to change that. They have three means by which they hope to achieve their objective. They are:

Each of these options are designed to promote a healthy lifestyle for kids. By choosing nutritious and varied options, they will have a balanced diet and make sure that they don’t have too much or too little of anything. By choosing to drink water over juices and other carbonated drinks, they are eliminating the amount of sugar in their diet, making it less likely for them to become obese. And finally, by moving more and sitting less, they would get more exercise and burn more energy, resulting in a healthier and hence, happier, lifestyle

To prove the last point, there was an event of musical chairs and one of the Misbah Push-up challenge.

Hopefully, after reading this article, you’ve realized how harmful it is to neglect your kids, especially when it comes to their health. A few years of care and concentration will lead to not just a longer lifestyle for them but one that’s healthy and full of joy.

So let’s unite and vow to work for a healthier lifestyle for kids, aaj se!