Pakistan is one of the many countries that tends to take care of the prevailing traditional and outdated culture the most. May it be right or wrong, once a tradition is defined by ancestors of a household, they are bound to continue without question or objection. One tradition that is widely practiced across the country is the tradition of early marriages of girls. Parents may even do this by neglecting their daughter’s education.

Culture and Religion Do Not Mix

To speak against this practice is not the aim of this article. However, parents should consider providing one of the foremost basic human rights to their child before they send her off to a completely new family.

Most of the parents are of the belief that “shadi kar lo, parhayi phir hoti rahay gi” (get married first, education can continue afterward). Islam orders parents to marry off their daughter as soon as she reaches the age of maturity and that is the priority of many parents in our society. However, nowhere in the Quran or Hadith does it state that a woman must be restricted from her education. In fact, it is stated:

Narrated Anas bin Malik: that the Messenger of Allah said: “Whoever goes out seeking knowledge, then he is in Allah’s cause until he returns.” (Jami`at-Tirmidhi volume 1, Book 39, Hadith 2647)

Also, it is stated:

It was narrated that Anas bin Malik said: “Seeking knowledge is a duty upon every Muslim.” (Sunan Ibn Majah volume 1, Book 1, Hadith 224)

Educate Women to Educate a Generation

For a rapidly changing world, the need for educated minds has increased many folds. Tough competitions are happening all over the globe in this era of technology and modernization. This era has not forsaken Pakistan at all. However, what are we doing to contribute to this groundbreaking, marvelous era?

Women are known to be more driven by the passion of education and knowledge compared to their male counterparts. That passion is cut off when they get married (what mostly happens in the country) and worse happens if they get married to a “family” rather than a “man” alone.

She would have to tend to everyone in his household and look after them in an infinite number of ways just so that she can prove herself to be a good “bahu” (daughter-in-law) or a wife. At this point, it goes without saying that she may not get the time she needs to educate herself.

Let us start with the first Quranic revelation:

“Read in the name of your Lord who created, created man from a clinging form. Read! Your Lord is the Most Generous, who taught by means of the pen; taught man what he did not know.” (96:1-5)

The first verse Holy Prophet (PBUH) received was on education. It indeed explains how important it is for humankind (men and women) to receive the knowledge of the worlds. The very order of this revelation, which is first the ever emphasizes on the fact that God has put upon us, which is to provide and obtain knowledge. 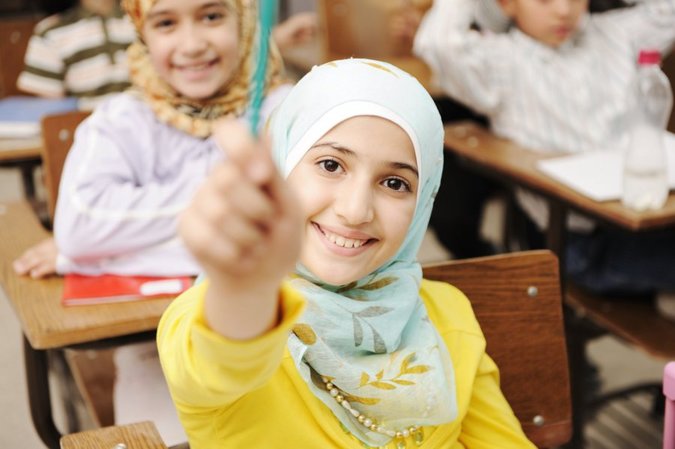 Surely, to marry off a daughter at an early age is important. However, her education should not be altered or disturbed in the process. Either marry her off to a family that values education and promises to contribute to her education as well or wait till she has attained the knowledge she deserves.

There is no blessing bigger than the blessing children give when they become educated and help communities using their profession through the knowledge you provided them.

Young Doctor In Lahore Who Resisted Corruption, Almost Gets Murdered For His Fair Decision
Dear Parents, Your Sons Are A Mess!
To Top