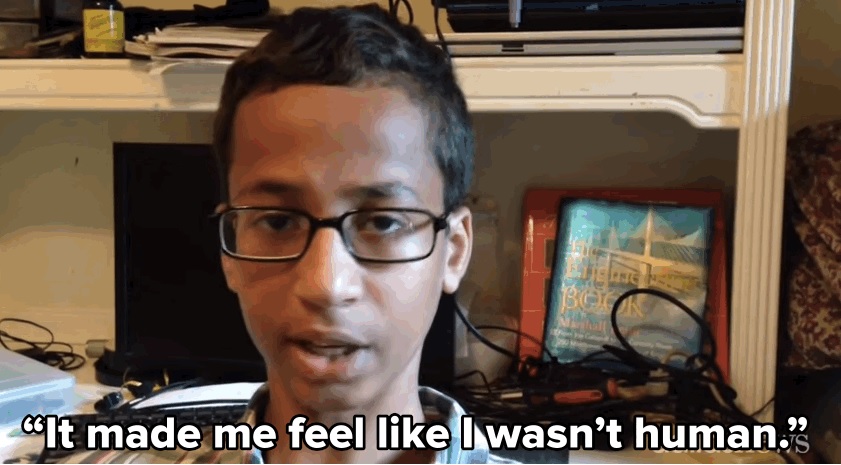 Ahmed Mohammad a fourteen year old school boy from Texas was arrested for bringing a home made digital clock to school. In an interview he stated that , “I built a clock to impress my teacher but when I showed it to her she thought it was a threat to her. I’m very sad that she got the wrong impression of it.” Ahmed was arrested in school and paraded out in handcuffs in front of all his peers and teachers.

The feelings that a fourteen your old boy would have had to endure at this time are almost impossible for any of us to imagine but I am sure that it would have involved a certain degree of shame and guilt. 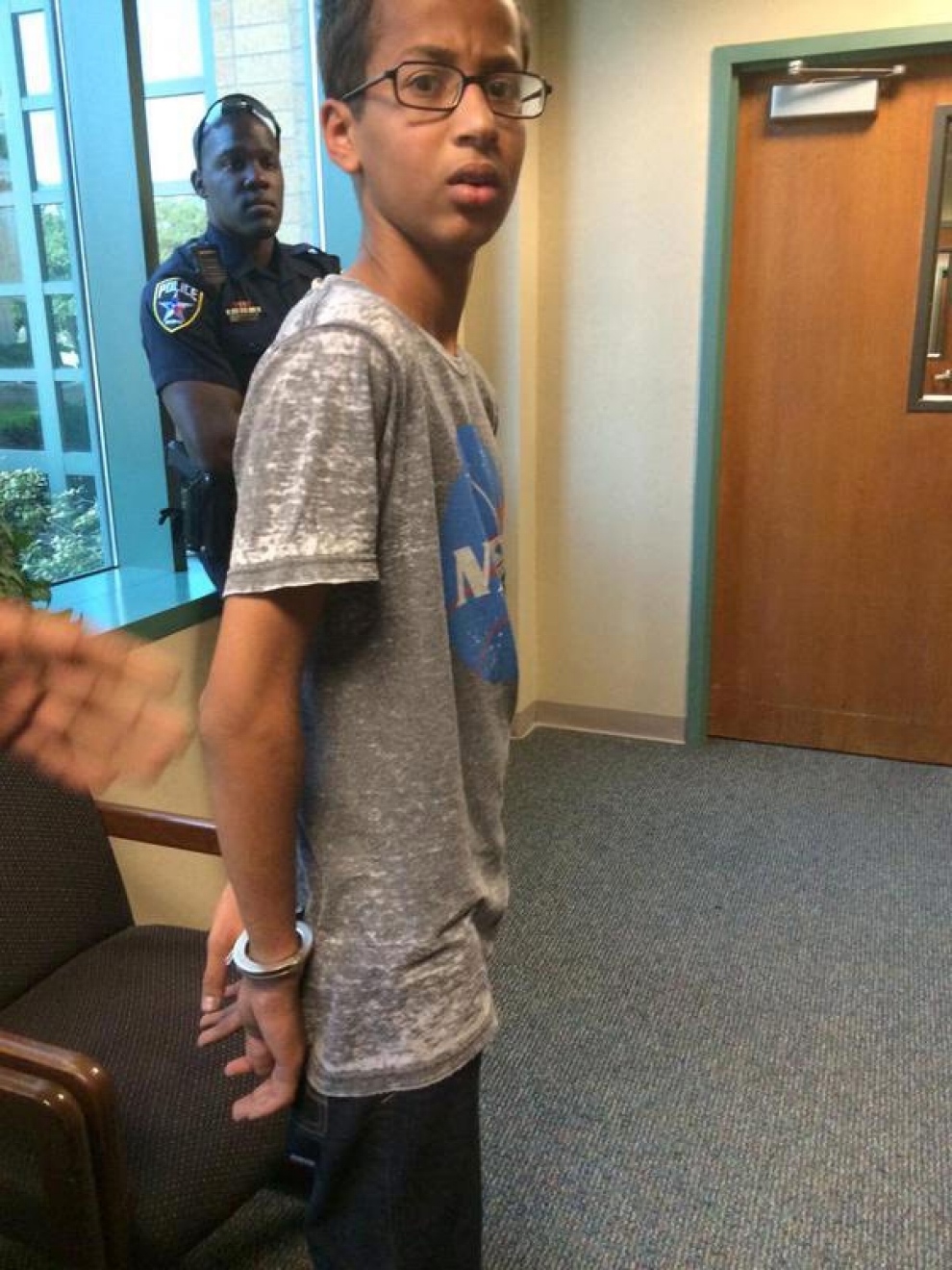 This has been done so many times before that we have stopped questioning it in its entirety. The fickle and bigoted nature of the American mentality harbors hate within its own people and the spectators around the world. They have conditioned people to such an extent that we are willing to accept that what they did to Ahmed is not an outrageous infringement of human rights, almost as if Muslims are subhuman and should be accustomed to this type of treatment.

Imagine if the same action had been taken against a Jewish or Christian student, the world’s media would have been up in arms ready to label America as an anti-humanitarian state, however since it was a Muslim student they are willing to let America off with just a little slap on the wrist. 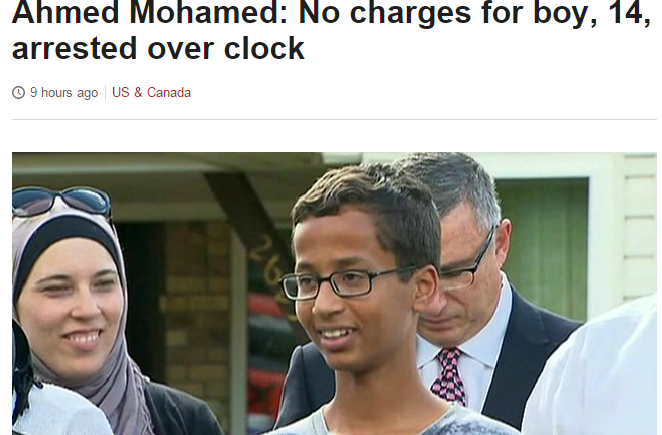 Further more it is near impossible to restore someone’s self respect and self worth after putting them through such an ordeal.

The Level of public shaming and mental torment that this fourteen year old school boy had to go through can not be forgotten due to a desultory Tweet by the president calling him to the white house after putting him up on display as a terrorist.

Ahmed should have gotten all this recondition purely on the bases of merit but unfortunately for a Muslim boy to be recognized for his achievements he must first be mistakenly accused as a terrorist and appreciation shall come as overcompensation for their mistakes. 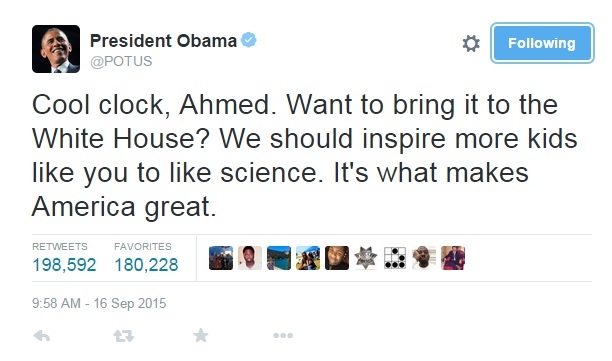 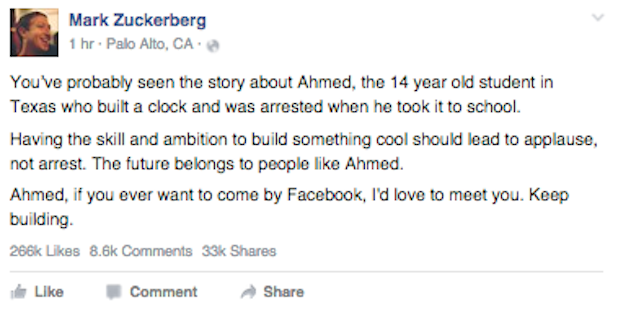 Indeed apparently it is a lovely gesture that Obama and Mark Zuckerberg are  inviting over the young Muslim boy to make up to him, but the problem is deep rooted.

It’s a lot more than egos or self respect… It’s about the mindset. The general perception of Muslims in the minds of Americans, it needs to be fixed, otherwise the poison will intoxicate the entire nation.

9 Fashion Crimes That Desi Men Insist On Committing
7 Things That Prove There’s No Difference Between Modi And Altaf!!
To Top