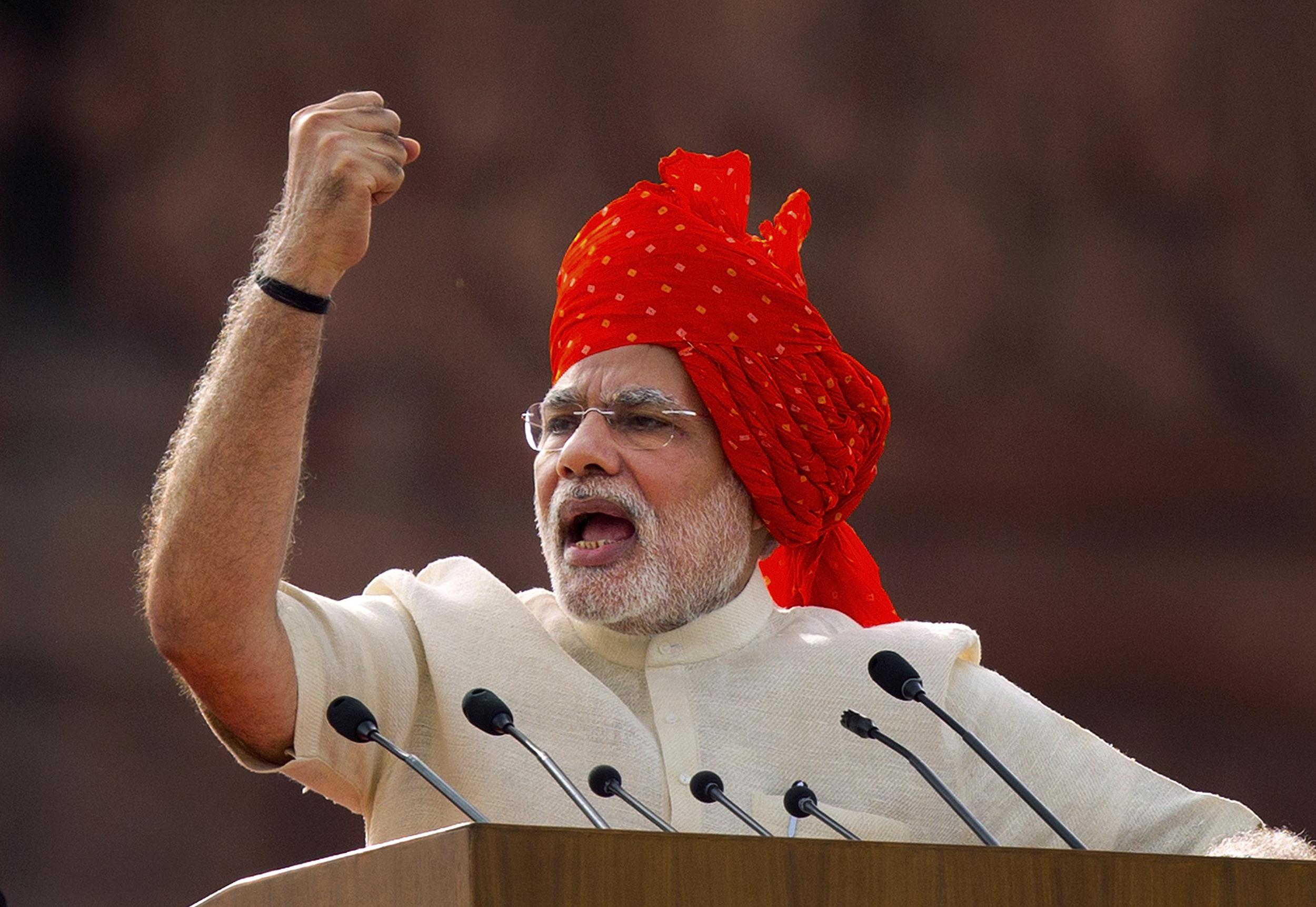 Indian PM Modi is right when he compares Indian held Kashmir with Balochistan. Yes you read that right. How? Both are seeing burning Indian flags. Both are seeing Pakistani flags being raised by thousands of people.

For long, India has been interfering in Balochistan through its spies and by funding terrorism via Afghanistan. The arrest and confession of a former Indian Naval Officer Kulbhushan Yadav, in March this year has further reinforced this fact.

With India cornered due to Kashmir issue, on Indian Independence Day, Modi tried to play Balochistan card and massively failed in that act. Thousands of people came out raising the Pakistani flag in the streets of Balochistan condemning Indian involvement in the region. Rallies, protests and burning of Indian flags are the continuous sight across Baluchistan ever since. This is exactly what is happening in Indian held Kashmir. Pakistani flags being raised and Indian flags being burnt. Also Indian forces are facing the wrath of Kashmiris and they can’t even think of going near the border of Baluchistan. They are bound to face much large wrath.

Here is my open letter to the Indian PM Modi:

Mr Modi, Here are few highlights of what your speech regarding Balochistan has led to: 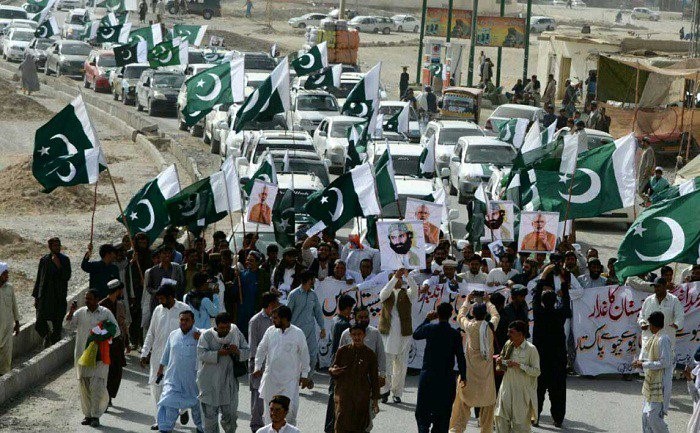 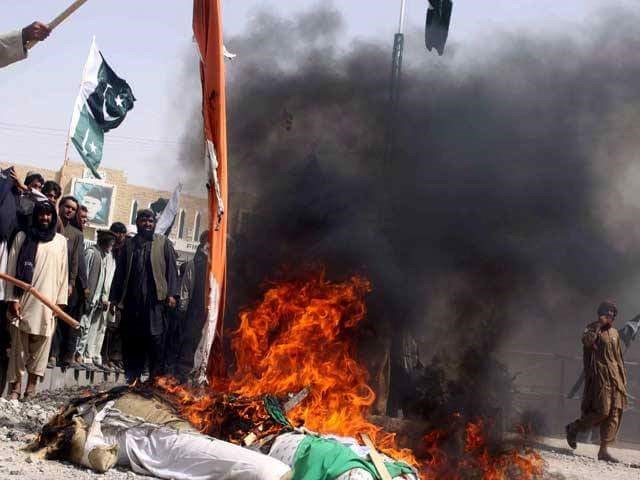 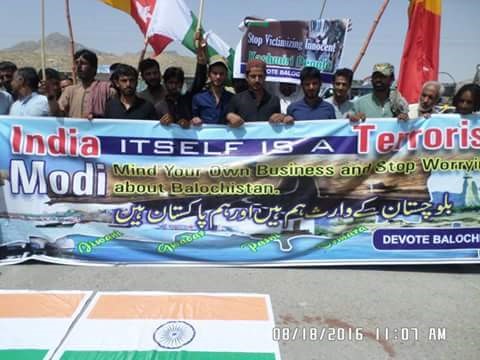 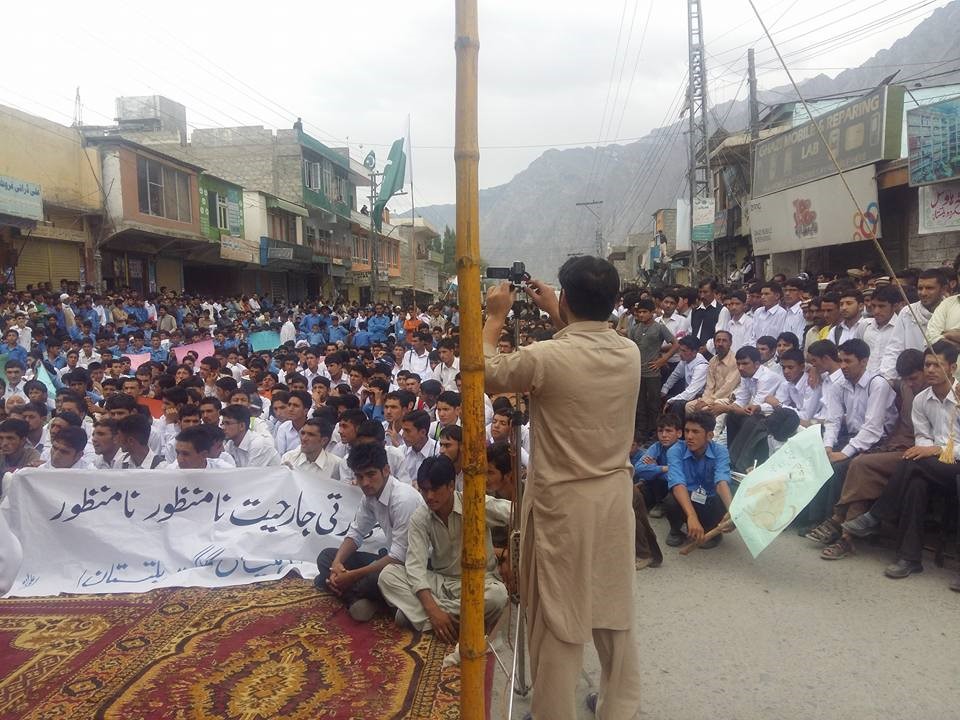 Balochistan is not a disputed territory; it does not have UN resolutions demanding plebiscite. It does not have thousands of Baloch youth demanding freedom on the streets. Now they are on the streets condemning your country. Your act of Diverting Kashmir has failed miserably. Focus on the issue for prosperity and peace in the region. Stop poking your nose in Baluchistan. CPEC will be made. Gwadar Port will become a regional game changer. Baluchistan will prosper and it will become a regional industrial hub. Kashmir issue needs to be resolved and the sooner it’s done the better.

And let’s not even talk about Gilgit Baltistan. It’s the stupidest thing I’ve ever heard. Solve the issue of Kashmir. Stop killing innocent Kashmiris. Solve what needs to be solved and let the region be at peace once and for good. Be a Prime Minister and not a War Monger.

And lastly, Don’t forget Khalistan, Nagaland and Assam, that are demanding a separate country. Let me remind you a famous quote, “Those who live in glass houses should not throw stones.”

[QUIZ] What is your best physical feature?
4 Ways Sexism Exists for Men In Our Society
To Top