The Deadliest Massacre by Boko Haram; 2,000 Feared Dead in Nigeria 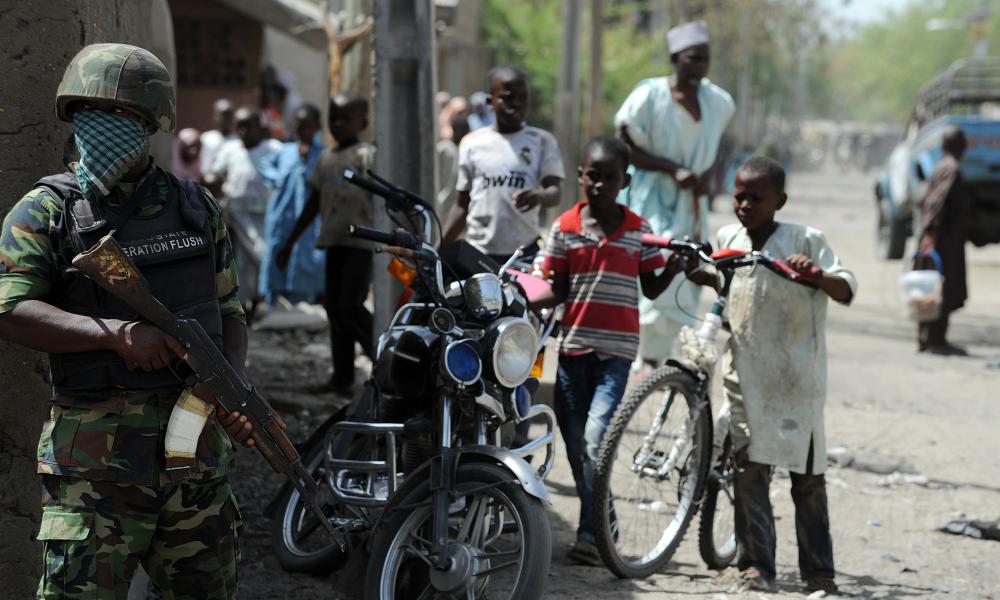 Hundreds of bodies – too many to count – remain strewn in the bush in Nigeria from an Islamic extremist attack that Amnesty International described as the “deadliest massacre” in the history of Boko Haram.

Fighting continued on Friday around Baga, a town on the border with Chad where insurgents seized a key military base on 3 January and attacked again on Wednesday.

“The human carnage perpetrated by Boko Haram terrorists in Baga was enormous,” Muhammad Abba Gava, a spokesman for poorly armed civilians in a defence group that fights Boko Haram, told the Associated Press.

He said the civilian fighters gave up on trying to count all the bodies. “No one could attend to the corpses and even the seriously injured ones who may have died by now,” Gava said.

An Amnesty International statement said there are reports the town was razed and as many as 2,000 people killed.

The previous bloodiest day in the uprising involved soldiers gunning down unarmed detainees freed in a 14 March 2014 attack on Giwa military barracks in Maiduguri city. Amnesty said then that satellite imagery indicated more than 600 people were killed that day.

The attacks come five weeks away from presidential elections which are likely to trigger even more bloodshed. Already under a state of emergency, the three north-eastern states worst hit by Boko Haram asked the central government for more troops earlier this week. The government has said voting will take place across Borno state although the worsening insecurity means few international observers are likely to get clearance to oversee voting in an area that is traditionally opposition-supporting.

Around 1.5 million people have been displaced by the violence, many of whom will not be able to vote in the polls under Nigeria’s current electoral laws.

Boko Haram also appears to be regionalising the conflict, after threatening neighbouring Cameroon in a video earlier this week.

The government has made no official comment on the alleged massacres. President Goodluck Jonathan skimmed security issues when he relaunched his re-election bid in front of thousands of cheering supporters in the economic capital, Lagos, on Thursday.

The five-year insurgency killed more than 10,000 people last year alone, according to the Washington-based Council on Foreign Relations. More than a million people are displaced inside Nigeria and hundreds of thousands have fled across its borders into Chad and Cameroon.

Emergency workers said this week they are having a hard time coping with scores of children separated from their parents in the chaos of Boko Haram’s increasingly frequent and deadly attacks.

Just seven children have been reunited with parents in Yola, capital of Adamawa state, where about 140 others have no idea if their families are alive or dead, said Sa’ad Bello, the coordinator of five refugee camps in Yola.

He said he was optimistic that more reunions will come as residents return to towns that the military has retaken from extremists in recent weeks.

Suleiman Dauda, 12, said he ran into the bushes with neighbours when extremists attacked his village, Askira Uba, near Yola last year.

“I saw them kill my father, they slaughtered him like a ram. And up until now, I don’t know where my mother is,” he told the Associated Press at Daware refugee camp in Yola.

A Man Strapped 94 iPhones To his Body and Tried Sneaking into the Mainland China
Mawra Hocane’s International Love!
To Top