Daughter Cropped Her Mom Out of A Photo; Her Reaction Is So Desi

Oh, our lovely desi parents! As a child, it is mandatory for you to listen to them, do not cross them over, do not question their terms and most importantly, do not mess with them in any way. If you miss the point here, you may incur their wrath on you easily.

But that’s perfectly fine as we are used to it and we just accept it after all.

Sometimes we neglect the terms of our desi parents and choose to go beyond limits. Thereafter, we are showered with consequences and sometimes we just laugh it out.

Meet Abeera Tariq, she is one child to redeem the same fate when a little move by her turned into a huge problem. Can you imagine what she did to cause such trouble? She cropped her mom out of a family photo taken at her cousin’s wedding.

That’s not it. It was one of the many photos that the family took together, but the poor luck of Abeera came cracking down on her. Her mother went mad over a single photo in which she was cropped out. Shaan mein gustakhi hogai

The beat dropped, the storm came or more likely, her wrath incurred on Abeera when the same photo was posted on social media only for her to find out and… BA DUM TUSSS

We take you to Twitter where sh*t went down:

I cropped my mom out of ONE of the HUNDREDS pictures we took because I didn't get a picture alone with my brothers, she's so hurt ?? pic.twitter.com/lEvtPQjy8g

Watch how her mother reacts… 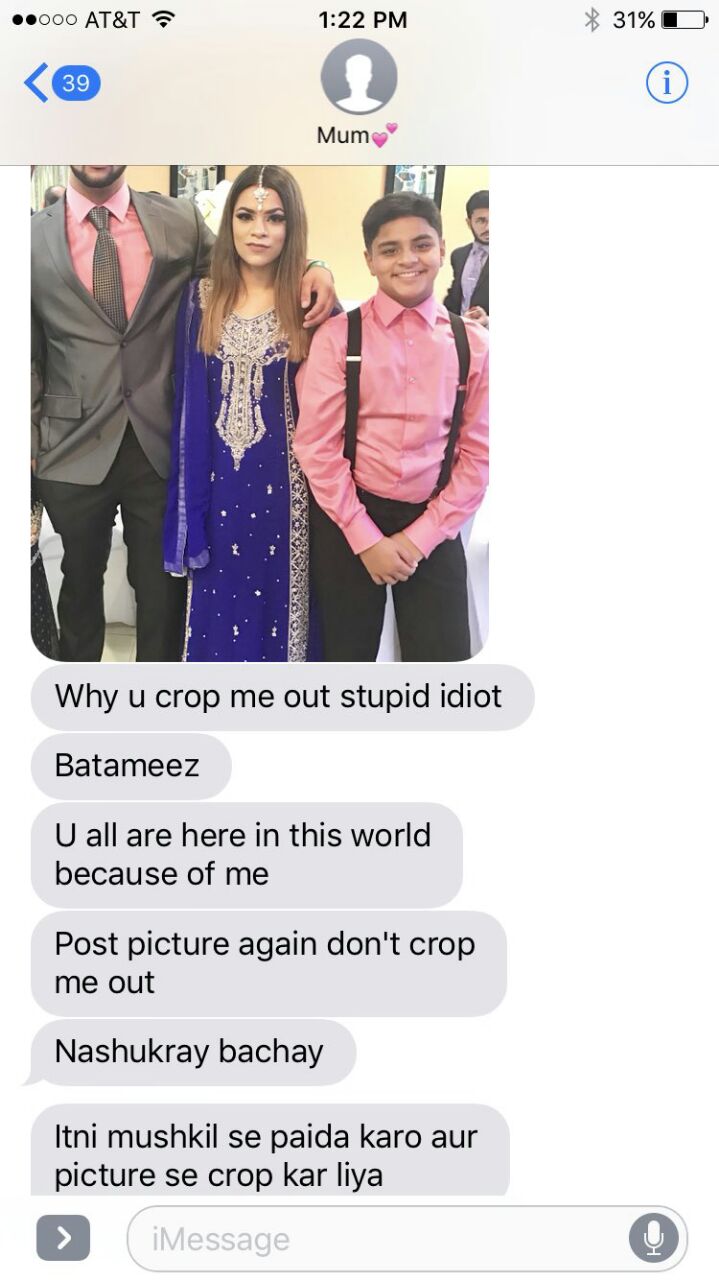 Okay, we are giving you some time to digest that. Meanwhile, let me recover from the urge of laughing out loud!

After it all happened on texts and probably after God knows how Abeera was dealt with in person, it was time for people to see and react to it.

Here are some of the tweets Abeera received shortly after she posted the whole incident:

THIS WOULD BE MY MOM. "Carried you for 9 months"

These reactions were outright hilarious besides the whole incident itself. It was like we got a chance to laugh again.

So, folks, please avoid disappointing your parents. Just prevent anything like that from happening because you do not want to let yourself down before your parents. Take photos and do not crop them otherwise you are in for a round of rampant rants by your parents!