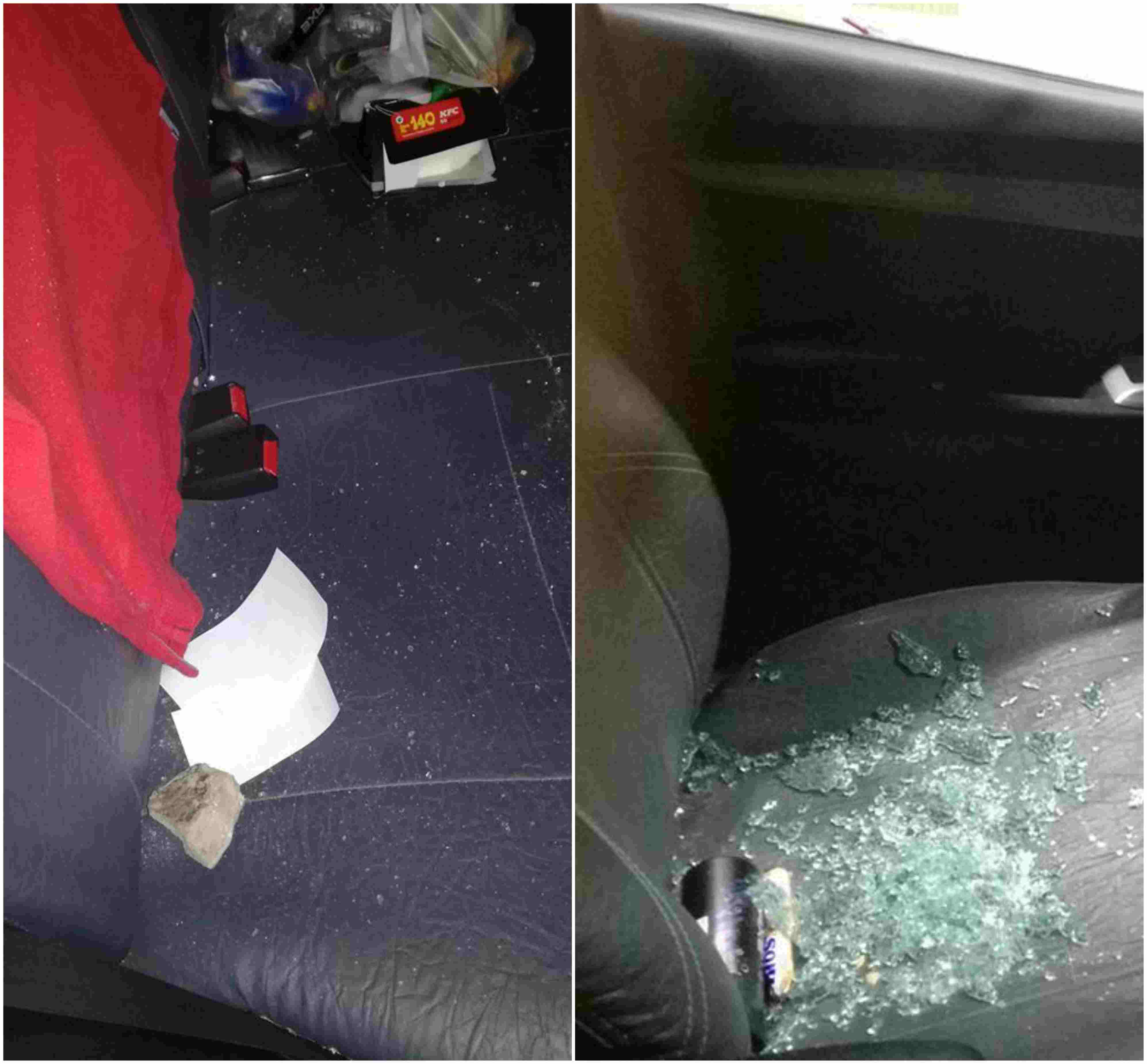 Islamabad is said to be one of the safest cities in Pakistan and there is no doubt about it. As the capital of city, the security conditions in Islamabad are much better, compared to Lahore and Karachi.

However, one might not think it is safe when it comes to traveling on the motorway, especially during night.

We have heard stories about dacoits trying to loot cars on the motorway – while this one particular man encountered an experience which he shared on his Facebook to make sure people are aware of the situation if (God forbidden) it happens to them.

Here is how Muhammad Omar Shahid shares his dreadful experience:

“It was around 10:30 pm last night and I was driving from Lahore to Islamabad alone on the motorway. As I crossed the Sial service station and was around 40km away from Bhera, driving at the speed of 120 kms/h, I heard a loud explosion and my passenger seat window burst and glass pieces exploded onto my face and my arm like multiple stings. There was No light, no vision of what happened and no car headlights around for miles. I was stunned and thought it was a bullet fire. I ducked immediately and the car got out of control slightly. So fortunate there wasn’t much traffic on the motorway.

My first response was to slow down and find out what had happened, but then I got my senses back within a few seconds and realized it wasn’t a good idea slowing down the car considering the speed of the ongoing traffic as by now I saw 2 cars coming in the rear view mirror. I kept driving at a speed of 80 kms/h for the next 5-6 mins with glass all over inside my car, inside my shirt and on me.

I then stopped as I saw a motorway patrol vehicle and showed them what happened and asked if there was help available. Want to guess their reply? “ Sir Sial station k baad hua ho ga. Aapnay bara acha kiya jo gari nahi roki. Buss seedha jaeyn aur tees (30) kilometer baad Bhera ajaey ga. Wahaan jaa kar pani piyaaey aur Islamabad pohanchay. Iss area k baad aisey nahi ho ga kyu k buss idher hee aisa hota hay, Bhera k baad sab theek hay”. I asked him what this was and why was he so calm about it and he mentioned that dacoits in this area used the tactic so cars would stop and then make the loot and take the vehicle. So, who was going to take care of that?

I was shocked at the fact that they knew this and there was nothing motorway police had ever done about it. As I reached Bhera and got out of the car to inspect what had happened and to get the glass off me completely, I saw a solid piece of rock lying there on the back seat behind the driving side. The car service station workers and petrol station officials, they all knew where this might have happened. Dacoity was the last worry on my mind and I just kept thinking of 3 things over and over again. What if there was somebody sitting on the passenger seat and this bullet speed rock hit them on the head? What if it hit the windscreen and everything came onto my face at the speed of 120 Kms/h blindling my site with air gushing in, making it impossible to control the car? What if the car got out of control and there were more cars behind or next to me?

Yes it’s true, I had heard about it before but this time it happened to me. It is more dangerous and scary than it sounds and you don’t want to be in that situation ever. Your actual reaction is different from the reaction you think you’d have if something like this ever happened. Share this with your loved ones and never start your journey on the motorway around special days (like Eid) this late at night.

Clearly, we do not know who to blame here – the police is aware of the situation and yet, they are not taking any actions against the situation. Just by telling the individual to cool himself and go to a safe place doesn’t mean anything.

After coming across this story, it is advised to everyone to travel during daylight and be safe.