Ever since Pakistan’s inception, one thing that has remained constant, is the growing and developing culture of drugs in the country. From the hippy era of Hashish, to the open bars in Karachi – from the days of the meth, to the always-in alcohol, the country has literally seen it all.

However, the recent craze, when it comes to drugs, is of psychedelics. These are chemical orientated drugs, that directly affect the brain, causing a different phenomena, including hallucinations and substantial trips. The latest drug of choice, after eras of ecstasy, LSD and meth, is the advent of Magic Mushrooms. 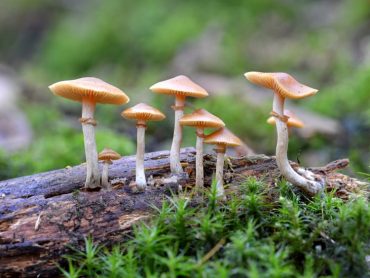 Magic Mushrooms or Shrooms, as they’re referred to, are originally known as Psilocybins. Magic Mushrooms are naturally produced vegetables, which do not include any chemical or step of mixing. Plucked straight from the ground and on to your tongue, these Shrooms can be considered more dangerous (and) valuable than most plants. With over 200 species of the same ‘hallucinating’ and ‘psychedelic’ drugs, a bag of good Shrooms can cost up to Rs. 10,000 in Pakistan.

Shrooms are said to be very safe, as a survey proved that only 0.2% needed emergency treatment out of the 10,000 people that tried it. Even though an A class drug, Magic Mushrooms are not very popular, especially in Pakistan. Drug fanatics, over the years, have been importing Shrooms through the dark-web, via Bitcoin. It is also believed that rare versions of the Psilocybin are present in the Northern Areas of Pakistan, which not many know about.

The drug, in existence, looks just like mushrooms that are topped on a pizza. There is not a very evident tell in the difference between a psychedelic mushroom and a normal one, but experts say that can spot the difference in a second, the biggest tell being the length of the stem. The growing rave culture in Pakistan is the reason why psychedelic and hallucinating drugs are introduced in the country, while a recent crackdown on all such drugs has made the market price of psychedelics more expensive.

The mushroom in reality, is not a plant, neither a vegetable, but a fungus, which has been given its honorary status. According to a report, Pakistan exports around 90 tonnes of mushroom to Europe every single year, which may or may not including psychedelic magic mushrooms.

So, the next time when you stumble upon a mushroom, make sure it is not magical. And if it is magic that you’re looking for, you might want to watch a magic show instead of eating a bag of shrooms.