One thing is for sure, if one works hard, he or she can surely accomplish what they truly desire. All you need to do is opt for a never back down attitude and keep moving forward. Fulfilling dreams isn’t as easy it seems. It is based on years of hardships, struggles, and a lot of endurance all meld up into one.

The same is the case with Maaz-ur-Rehman; a CSS-qualified Madrasa student. Yes! Madrasa student. You read that correctly. The achievement of clearing his CSS exams is without a doubt not only inspiring, but it also shows that hard work truly pays off. Not only this, Maaz-ur-Rehman, due to financial issues had to attend a Madrasa for the sake of getting an education. 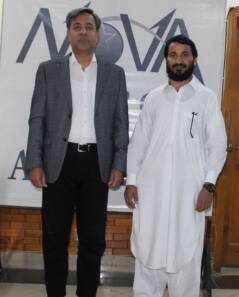 Now although the concept of having to attend Madrasa isn’t entirely as wrong, the problem that Pakistan faces, especially when it comes to Madrasa teaching is illiteracy. Maaz-ur-Rehman admits that his Madrasa teaching did impact him and it was when he started to prepare for his CSS examination, he learned and grew on a completely different level.

Changing the perceptions of Pakistani society

The most difficult thing in our society is to change the way one thinks or perceives. Neither is it an easy task nor is it easy to ace the Central Superior Services exam. However, by the grace of ALLAH, Maaz-ur-Rehman is capable of doing both. Yes, that’s right, after clearing his CSS exam, Maaz-ur-Rehman aims at bringing a change in the society by tackling one of the most difficult decisions to date. Changing the views and perceptions of people. 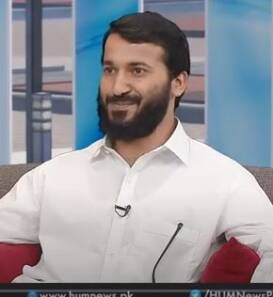 Maaz-ur-Rehman is a son of an Imam and Islamic scholar. The most inspiring tale of this young man is that he decided to rise up and prove the long ridden notion of Madrasa teaching as wrong in society. Let’s be honest, most of us view the Madrasa students as not as good as someone who has studied from an O-levels school. But Maaz-ur-Rehman changed his view beating all odds.

He adds on by saying that just after he completed his Madrasa studies he was uncertain of what CSS was. It was his friend that told him about is and for that, he is ever-thankful to him. He revealed this news during an interview for a local channel:

“I started preparations from scratch and faced failures many times in my road to success. I failed CSS exams twice; the first time I failed 5 subjects, whereas in the second attempt I failed 3 papers. Then I passed Provincial Management Services (PMS) exams but wasn’t allocated to any group”.

He states that during his struggles he learned one thing, that was to never give up. He mentions, that after so many failures, he was able to achieve the ’67th position’ in his province. For him, that is something he is immensely proud of.

“When people like me will come forward and Madrasa students will work hard and pursue education … they are competent and very much talented”.

Wow! Maaz-ur-Rehman’s determination is truly admirable, to say the least. And we are extremely proud of him!