What! Did Crocodiles Actually ESCAPE From Mangho Pir Shrine After Rain?

Mangho Pir is considered to be the patron saint of Karachi’s Makrani and Sheedi communities. The Mangho Pir Shrine located in the north of Karachi is famous for crocodiles, who are considered holy due to special blessing by Sufi Hazrat Khawaja Hasan known as Mangho Pir Sakhi Sultan, and now rumored to have escaped due to heavy rain.

The shrine has a big pond in the vicinity, where over 200 crocodiles have lived for centuries. Moreover, these crocodiles are regularly fed by visitors to the shrine. They believe the crocodiles are manifestations of the sufi saint. 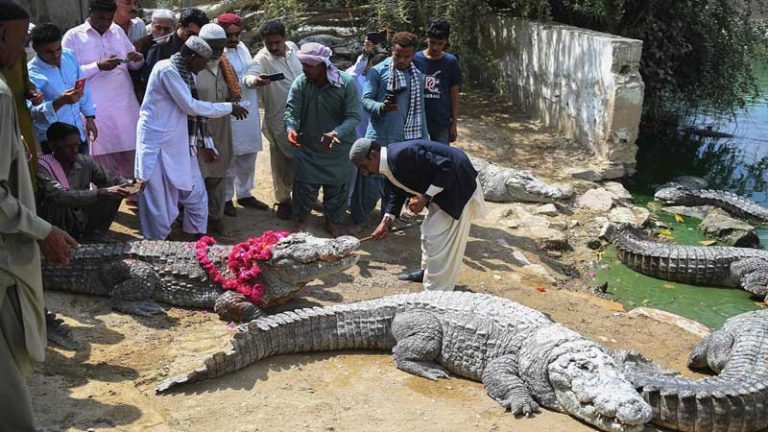 Recently, the ongoing havoc and urban flooding in Karachi has risen concern for the crocodiles. News of crocodiles on the loose in the Karachi began to do the rounds on social media. PTI MNA Aamir Liaquat also shared a picture of a crocodile and asked residents of Surjani Town, Khuda Ki Basti, and Nayi Karachi to stay cautious. However, it is to be noted here that the picture used by Liaquat was old.

Are crocodiles from the Mangho Pir  shrine on the loose? 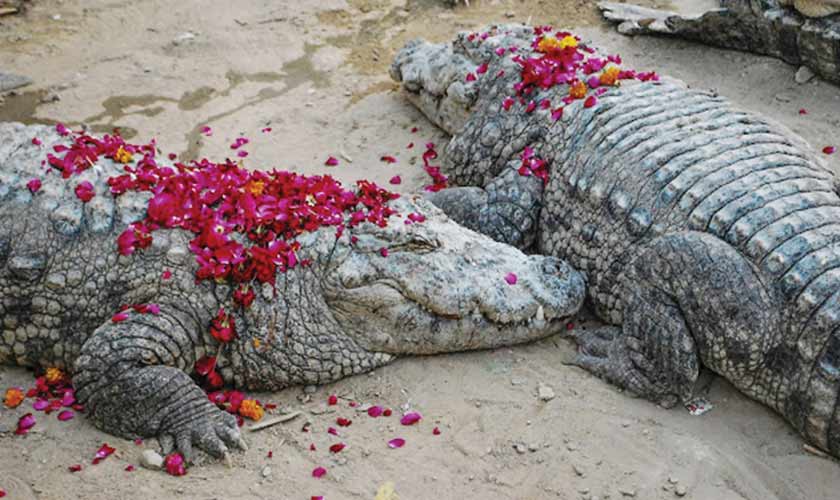 Moreover, the department also shared a video of the areas. Where the crocodiles were reportedly seen and of the Mangho Pir shrine where the crocodiles live. In addition to this, the officials of the Sindh Wildlife Department stated that a survey of the area has been conducted. Turns out that no crocodile escaped the shrine during the heavy rain.

Not only this but the officials present at the shrine further clarified. They said the cages are too high for the crocodiles to escape the enclosures. Additionally, since the Mangho Pir shrine has CCTV cameras installed, they would have noticed if any such mishap of crocodile escaping took place in the rain. They further said that they keep an eye on everything that happens at the shrine.

It is said the Mangho Pir was a follower of Hazrat Baba Farid Ganj Shakar who had migrated from Iraq by the 13th century when Iraq was being attacked by the Mongols. The Pir traveled from southern Punjab to Sindh. He settled on the outskirts of Karachi which is now known as Mangho Pir. Moreover, it was once a fishermen’s village along the Arabian Sea. The shrine has a big pond in the vicinity, where over 200 crocodiles have lived for centuries.

Read Also: Images & Videos Sum Up Pathetic Performance Of Sindh Govt – Where Is PPP & MQM-P After Rain In Karachi?