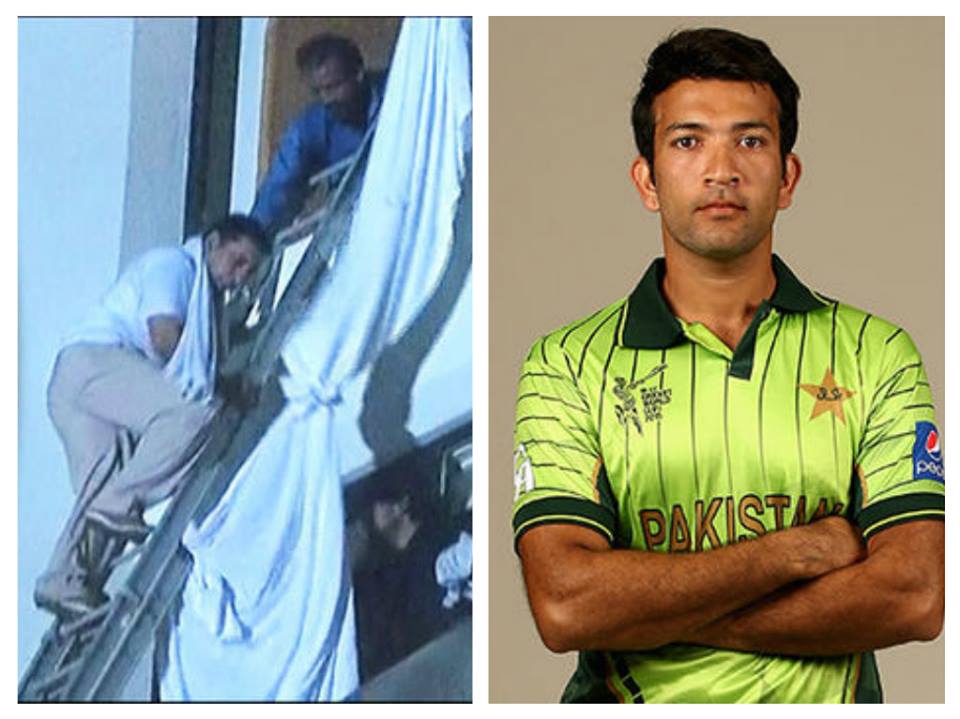 Last night, around 3 am, Regent Plaza in Karachi caught fire. It has been reported that so far 11 people have died and over 75 got injured in the incident. According to reports, the fire started from the kitchen before spreading throughout the building. Regent Plaza is a 4-star hotel, located at main Shahrah-e-Faisal, Karachi.

More than 70 people were reported to be injured as the fire trapped guests with few escape options, forcing some to fashion makeshift ropes from bedroom sheets but in all that chaos, there was a Pakistani cricketer who was trapped inside but luckily, he managed to escape out from that fire saving few people with him.

According to sources, Pakistani batsman Sohaib Maqsood was at Regent Plaza with another batsman Umar Amin when the said fire broke out. It is also said that Maqsood, 29, successfully managed to rescue three families with children along with him. As for now, Sohaib is doing well but his ‘brave attempt’ has caused him a leg fracture. The news about his presence inside the hotel was confirmed by various sports journalists through their tweets as followed:

Many of the local and international publications covered this story as well. Seems like Sohaib has a big heart and that’s exactly what heroes possess. His act of kindness did not only save 3 families but also sent a message that no matter how famous you become, your duty toward mankind remains the same. With his act of kindness, Sohaib Maqsood has earned a lot of respect and has become a role model for everyone.  We hope and pray that all the people who got injured in the incident get well soon.