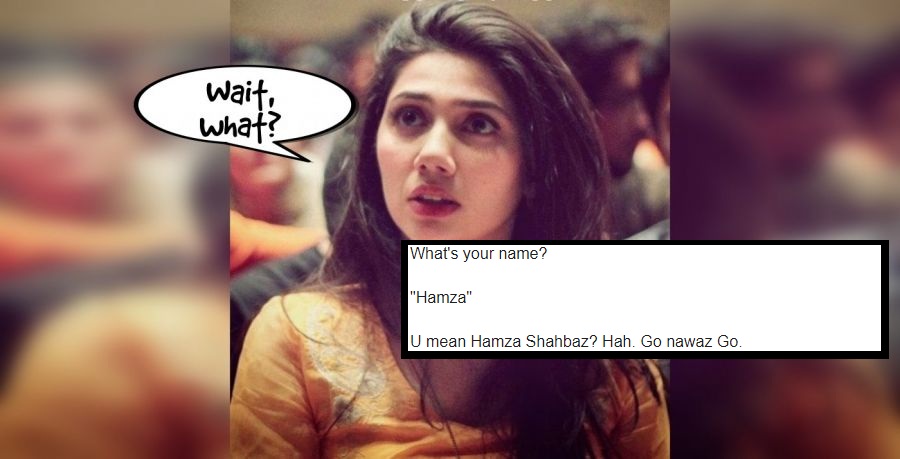 Social media trends are getting crazier with some of the trends being quality in terms of humor. You may not expect even the simplest things to go viral among people in no time and reach a large number of users. The best part is how everyone joins the bandwagon and comes up with some of the hilarious things to say.

We came across many trends that triumphed the social media, especially Twitter lately. One of the most major ones that we all can recall has to be that “ily, ilysm…”. If you have been paying attention or by any chance kept with this trend, you would have every idea how viral it got in the past weeks on Twitter. Now, the Twitterati have grasped another crazy trend and it’s not just Pakistanis who have followed but people from all across the world…

Enough of the talk now, let’s just show you what’s been viral with people lately:

"Oh, so your parents named you after the Iraqi president/dictator, you know he was…🙃“ https://t.co/7Q3sYb8crq

Way to go, people! Way to go. What an epic trend this is. Seriously, some of these are way too ridiculous and hilarious at the same time. Must not forget where it got the political reference. Come on, guys, share your experience when someone totally confused your name with something ridiculous.

Mahira Khan Might Be Putting on Some Weight For Her Project but She Looks Gorgeous Nonetheless!
These Famous Bollywood Songs are Actually Copied From Pakistani Music
To Top