Crazy or Funny? You Guys Decide! 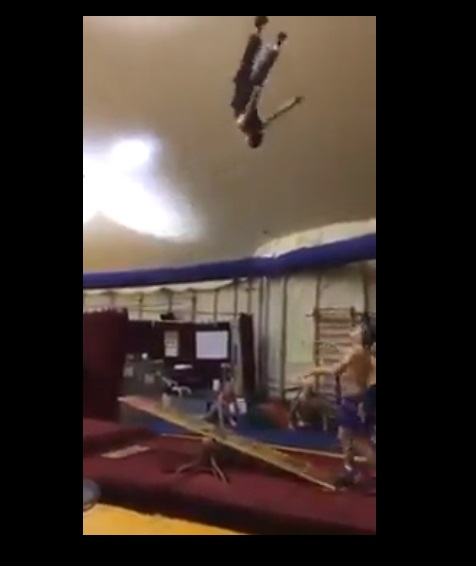 All of us have seen a number of movies featuring mind blowing stunts which are both funny and scary. Mind always wondered if someone could be foolish enough to practice such stunts in real life. Well, apparently there are people who fear not go to great heights to amaze people. Many of the times we find such videos funny, but they are very risky and dangerous.

Guys, specially young guys love doing everything that is daring, adventurous and unconventional. At times it seems that they are in a stupidity driven competition where they try to beat each other. Many of the times people risk their lives and at times of their friends and family members as well to create funny and unique videos.

This video comprises of such content which is funny and dangerous at the same time. In a gym two boys decide to go crazy.  They take a level, both of them stand on the edge, then one jumps on one end of the lever to make the other guy fly in the air. This is not it. While flying in the air, they show various tricks as well.  They flip in the air, and show some wrestling move as well. Such a display can be very risky unless practiced at least hundreds of times.

Without a doubt these guys look amazing and their stunts are mind blowing. They seem really cool doing all that.  The funny thing about this video is the portrayal of the level of stupidity these guys have reached.  Watch this video and get blown away by the show these guys have put. However this funny stunt should under no circumstances be practiced at home.

Ebola Enters Pakistan, Poses Greater Threat than Taliban!
Imran Khan is Stubborn, He Will Not End the Dharna!
To Top