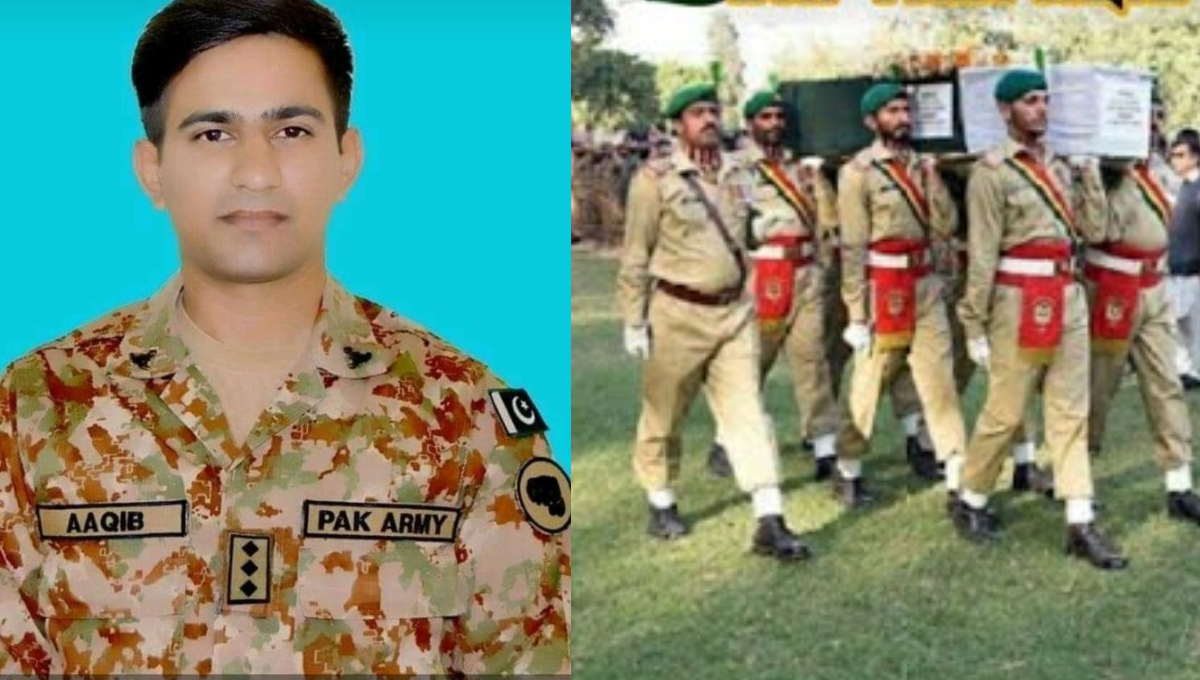 Another young life lost in the line of duty. Another young sacrifice for the long life of the motherland. At least 10 army personals embraced Shahadat in the North Waziristan in an IED attack while 4 jawans and an officer laid their lives during an operation in Baluchistan. 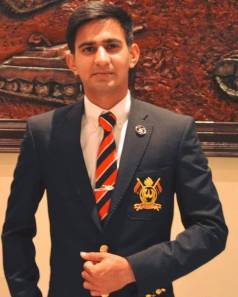 Captain Aqib Jawed and his men were attacked by unidentified militants while they were conducting a combing operation between Hushab and Turbat. The young captain has left his parents, a sister and a brother grieved over his untimely demise. He was about to get married after the Eid-UL-Azha on 24th August.

Read Also: Here Are 10 Things That Legit Every Child Can Relate To Who Grew Up In An Army Family!

The shaheed, Captain Aqib Jawed was laid to rest in his home town, Sargodha. A number of locals, friends, and family attended his Namaz e Janaza. 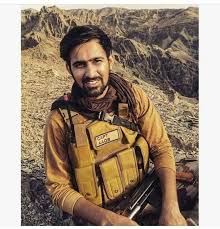 Shah Mehmood Qureshi the Minister for foreign affairs praised the young soldier in his twitter post and so as many other Pakistanis. They thanked the Pakistan Army and their families for sacrificing their present for our future.

I want to show the world the face of a young officer Captain Aaqib Javed martyred today who was meant to get married on the 24th of August. pic.twitter.com/EkxNTiABym

Captain Aqib Jawed’s father is a retired Navy officer. He talked to the media about his beloved son. He said Captain Aqib got the commission in 2015 and he got the captain’s rank in 2018. The proud father said he’s thankful to Allah,  that his son embraced Shahadat. He said they had fixed Captain Aqib’s wedding after eid and now there won’t be a wedding, but he’s happy that his son has become an inspiration for all his family and the whole area.

You may also want to read: Four Pakistan Army Jawaans Embraced Shahadat While Protecting Us On Eid And Let’s Pray For Them!

#PakArmyZindabad
I pay salute to my soldiers who're fighting for my security, I wanna say them, my compatriots ! I'm ever ready for the fight, giving you to the company to crush down the enemies. #Afghanistan #India have to pay.#Captain_Aaqib_Javed #RevengeIsInevitable pic.twitter.com/8ZtfzQAZLS

Salute to the Martyrs, Who lay down their lifes For making peace in the region!✌🌟🇵🇰#Captain_Aaqib_Javed #BloodforPeace pic.twitter.com/pQFCNFxFOq

Love to see this affection shown by our tribesman for our army.#سلام_پاک_فوج pic.twitter.com/TBNljR7pbQ

But our hearts bleed for the young lives. For the bereaved families, the parents, siblings, and spouses. We cannot repay them for their sacrifices. What are your thoughts, guys? Please share your views in the comments.

Pakistani Students, You Can Now Get A Canadian Visa In 20 Days And It’s Time To Pack Your Bags!
This Brave Traffic Warden in Karachi Stood Up Against a Navy Jeep and Everyone’s Praising Him!
To Top