The request of Qandeel Baloch’s parents to excuse her three brothers who had been involved in her murder, has been rejected by a court in Multan.

The Tragic Death Of An Innocent Woman:

Qandeel Baloch was a social media star who used to release her videos on different social platforms. Her content usually consisted of her showing skin and committing acts that could be deemed ‘inappropriate’ according to conservative outlooks. 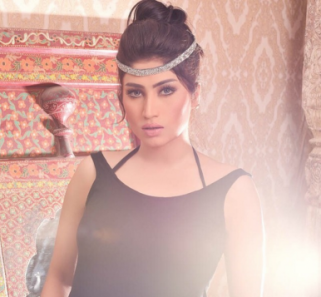 Considering that she belonged to a traditional family, her family members were not delighted with her uploading such content. And as any other innocent Pakistani woman, she was strangled by her own brother Waseem. Apparently, he killed her because she disrupted the ‘honor’ of the family. Her actions seemed to be unforgivable for them, to the point the brother believed that it was better to kill Baloch.

This is just a glimpse of the terrors that women have to go through within Pakistan. The idea of honor killing has taken the lives of countless innocent women who simply wished to live by their own will. It is a serious issue that still graces multiple rural and even well-off areas of the country. Pakistan still needs to go a long way to completely eradicate this disgusting act.

Court Refusing To Accept Her Parents Pardoning The Killers:

Her father Muhammad Azeem Baloch had initiated a murder case against the murderer and the people involved. However, a day before, they decided to grant forgiveness to their sons. Moreover, it seems that the parents have addressed that the case needs to come to an end. Though the murder was registered on July 16th , 2016, which means that the change in the Anti-Honour Killing Laws was made three months later. It could not be applied to this case. The new legislation mentions that anyone convicted of the crime needs to serve at least 12 years in jail. 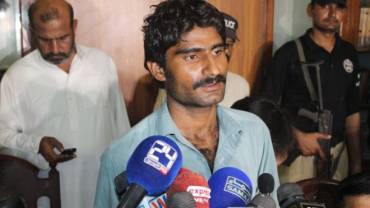 It is important to take said actions against individuals that still believe a woman is a simple property. There are heaps of women that require justice as they remain victims of violence from their own parents.

It is a shameful realization and Pakistan needs to keep a steady eye out for such cases. Additionally, the request of Qandeel Baloch’s parents to simply forgive the killer seems insulting to the late star. She needs her death to meet justice. All the while, any crime has to be paired with serious punishments.

Another heartbreaking thing to witness is the amount of times the blame is put on the victim. People mentioned that it was her fault for posting provoking content. Hence, she deserved the treatment that she received. However, conforming to a religion that emphasizes peace, is it okay for one to not blame the killer? No matter the circumstance, in the end, the only guilty person is always the perpetrator.

What do you think of the situation? Do you believe that the court’s decision was necessary? Were Qandeel Baloch’s parents in the wrong to forgive their sons who committed a grave crime? Share your thoughts using the links below.

Innocent Kashmiri Women – The Worst Victims Of Indian Brutality After Scrapping Of Article 370 In IOK!
The Rainforest Amazon Caught Fire And Has Been Burning For Weeks Now!
To Top