In the last few years, Pakistan has faced some extremely heinous issues, aside from political clashes. The crime rate may have gone down but the desperate for money element still float around in the open destroying many lives. For easy money, the greedy desperate minds opt for illegal ways, thinking they are above the law, devastate many innocent lives in a horrific manner.

The recent rise in rape cases in the country was an alarm for the concerned authorities that the culprits are still on the loose. Recently, another shocking news broke in from Pakistan’s Rawalpindi area and it is really shocking. The police arrested a couple having alleged involvement in an illicit crime razing dozens of girl’s lives.

This is the couple! 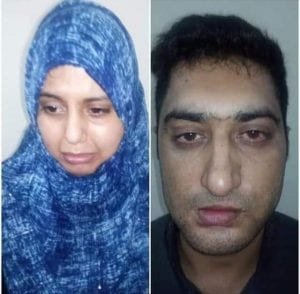 CPO Rana took action after a victim lodged a complaint!

According to City Police Officer (CPO), Mohammad Faisal Rana quick action was taken after a victim lodged a complaint against the couple earlier this month. The victim is a student of Allama Iqbal Open University fulfilling her Master in Science (MSc) degree.

The complainant who is also married, told the police that she was kidnapped from outside Gordon College. A woman who identified herself as a fellow student told her that her ‘brother’ was coming to pick her up acted as if she was waiting for someone. A few minutes later, a grey car showed up and the woman pushed her inside the car threatening her with a knife to keep her silent. 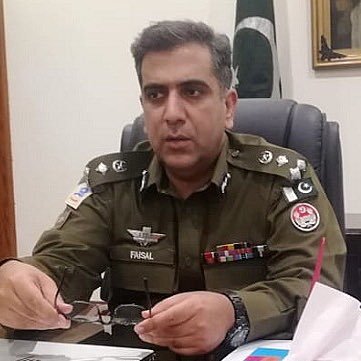 The student was taken to a house in Gulistan Colony where the husband (Qasim) allegedly raped her while the wife (Kiran) recorded the whole crime and took pictures. Later, the couple threatened and blackmailed the girl by showing her the explicit videos and pictures and then dropped her off at Tipu Road at night.

Further, the victim also told the police that the couple had previously done the same filth with several other girls aged 8 to 12. After a brief checking of the culprit’s house, the police recovered other photographs and videos from the house. The evidence recovered from the crime scene was then sent for forensic examination.

Check out: A 12-Year-Old Girl, Noreen Was Brutally Raped In Punjab And The Rise In Such Cases Is Terrifying!

CPO Mohammad Faisal Rana stated that the husband is currently in police custody on physical remand and the wife has been sent to Adiala Jail. Police officials were also directed by CPO Rana to identify other culprits in the videos and file a separate case against them.

What Is A Phishing Attack? – The Different Types And Prevention Methods!
Pakistanis Were Seen Celebrating Their Nationali-Tea In A Really Unique Way This Independence Day!
To Top