Foreign countries that include the U.S, Russia, and China are commending Pakistan for its efforts towards Afghanistan’s peace process. The peace process is reportedly going to figure out solutions for the on-going war in Afghanistan and constructing a way of stopping it.

According to the State Department, “China, Russia, and the United States welcomed Pakistan joining the consultation and believe that Pakistan can play an important role in facilitating peace in Afghanistan,” to also further add, “Pakistan appreciated the constructive efforts by the China-Russia-US trilateral consultation on the Afghanistan peace process,” 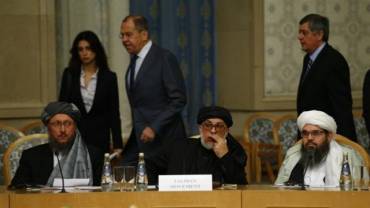 It seems that the three countries are welcoming Pakistan with open arms and are hoping that the country could provide diverse solutions. Moreover, it seems that Pakistan’s Prime Minister Imran Khan will be visiting Washington soon on July 22nd. Some of the discussions might be linked to the crisis in Afghanistan, as well as the bilateral cooperation between the two nations. The talk will focus on the economic issues of Pakistan as well, especially as a “region that has seen far too much conflict.”

Regarding the discussions between the four countries, they address the formation of an alliance and will demonstrate efforts towards the stability of Afghanistan. Furthermore, the U.S State Department also adds, “All sides welcomed recent positive progress as the crucial parties concerned have advanced their talks and increased contacts with each other,” and, “All sides also welcomed intra-Afghan meetings held in Moscow and Doha.”

It seems that Afghanistan as a nation has suffered enough as the political wars have dragged innocent individuals for far too long. The war has continued for about 18 years, and various nations are bringing their efforts together to resolve it. Not to mention, the four countries have compelled parties to look into the continuous violence within Afghanistan. And promised to invite significant stakeholders for them to join. 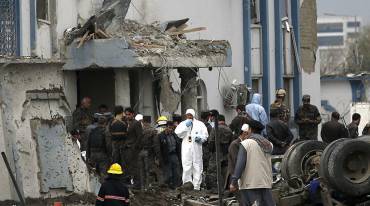 Hopefully, this consultation will be able to bring a positive change for Afghanistan and its undying crisis. Even now, the city of Kabul is experiencing suicide bombing and everyday terrorism. The rise of drug abuse in the country is also increasing because of the huge production of opium. Additionally, children as young as 10 are intrigued to use drugs because there are no laws or barriers to restrict them from drug usage.  So, it seems that the Afghanistan peace process and Pakistan need to go hand-in-hand because Pakistan is demonstrating an effort to halt such cases.

Through the help of the Afghanistan peace process, the nations are addressing the urgent need to promote security as well as develop a positive political conclusion for Afghan citizens. The statement says, “Guarantee the orderly and responsible transition of the security situation and detail an agreement on a future inclusive political arrangement acceptable to all Afghans”.

Considering the disastrous conditions, on Friday, about nine people died while twelve were injured in a suicide attack. The terrorists used a child to commit the attack on a wedding celebration in Eastern Afghanistan. They utilized the child as a tool for targeting a pro-government militia commander. However, these cases are not uncommon. The conditions for Afghanistan can be scary even for the toughest, it truly is inhabitable for women and children.

What do you think of the situation? Can the war in Afghanistan ever see an end? Will these meetings tend to make a difference? Share your thoughts!

Sheesha May Be Legalized In Pakistan After Years Of Ban And It Is Time For Sheesha Freaks To Rejoice!
Focal Person To HR Ministry Finally Speaks Out Against News Of Him Torturing A Servant In Sindh!
To Top