Finally, after 2 years in office, the word corruption is being linked with Pakistan Tehreek-i-Insaaf. The claims of anti-corruption and accountability remain tarnished at the hands of the ruling party ever since the Sugar & Wheat Crisis scandal surfaced.

One of Pakistan’s top trends on Twitter right now is #ResignChorImranKhan. Khan must be wondering who really is responsible for all this. But he already knows, his two favorites Jahangir Khan Tareen and Khusro Bakhtiar, have dealt him a big blow.

Ever since the shortage of sugar and wheat supplies in Pakistan, the FIA had been working really closely to discover the culprits. Later, a published 32-page FIA report suggested that the two main beneficiaries of the crisis were JKT and Khusro Bakhtiar.

Today, the PTI-verse shook dramatically. Both Jahangir Tareen and Bakhtiar remain disgraced, but one of them seems to have survived the intraparty scrutiny. Dr. Shahbaz Gill’s tweet of Jahangir Tareen being ‘removed’ from his role as Chief of Agriculture Task Force further aggravated the issue.

Mr. Jahangir Khan Tareen has been removed as Chair of Task Force on Agriculture in light of findings of Sugar and Wheat Inquiry Report. Any further action may be taken after final findings of the Inquiry Committee

On the other hand, Khusro Bakhtiar seems to have earned himself a better portfolio in the process. Along with him, some other members of the cabinet had to be rearranged as well. However, even though Bakhtiar was equally important in the scandal, he seems to have escaped the limelight.

All the blame now rests on Jahangir Tareen, who believes a faction of the PTI is after him. Journalist Murtaza Ali Shah stated that Tareen thinks Principal Secretary to PM, Azam Khan, is the man after his image. This, in turn, means that there is a gap created between Tareen and Khan himself, which is now being exploited.

Popular public opinion right now swings against Jahangir Tareen as well. So, if a campaign against him is on, why isn’t Bakhtiar getting the same treatment? A reason for that could be Bakhtiar’s manipulation skills he is most renowned for. On the other hand, Tareen remains a man with an inflated ego, who does not like bowing, not even in front of the iron-fisted Khan himself. 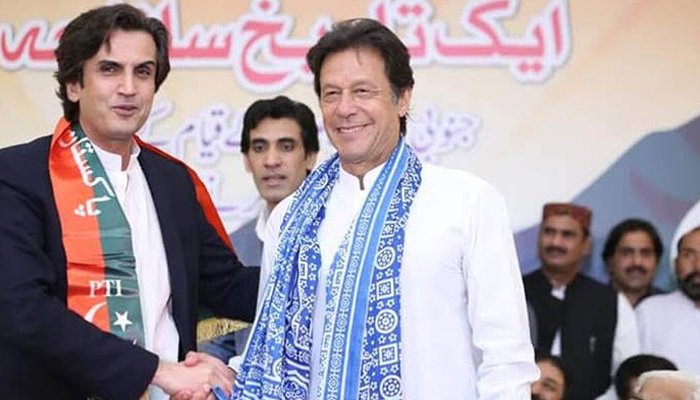 It will now be interesting to see what happens next. Will Jahangir Tareen escape FIA, NAB inquiry? What will happen to Khusro Bakhtiar? What about the statement against Azam Khan? Now seems like the perfect time for united opposition to strike the government. However, the current conditions amidst the COVID-19 outbreak demand a united Pakistan.

However, for that plan to succeed, the Pakistan Tehreek-i-Insaaf will have to remain united themselves.