I am a foreign qualified and professional from England and two of my friends are as well with the experience of 5 to 6 years from the UK. We were well settled there with jobs when we were called by our families to look after them. We are quite patriotic and always spoke about what we can do for our country.

To settle in Pakistan, obviously, we needed a job, so we started applying. Going after the government sector seemed like the best option because we thought if we can do even a single bit for our nation, it will give us personal satisfaction. Now the biggest hassle came in our lives when we had to start “applying for a job”. Now wherever we applied, we had to give the NTS test. When we reached the test center it seemed like everyone is apparently jobless in Pakistan. The numbers of candidates were numerous while there were only 2 vacant positions. It’s amazing. 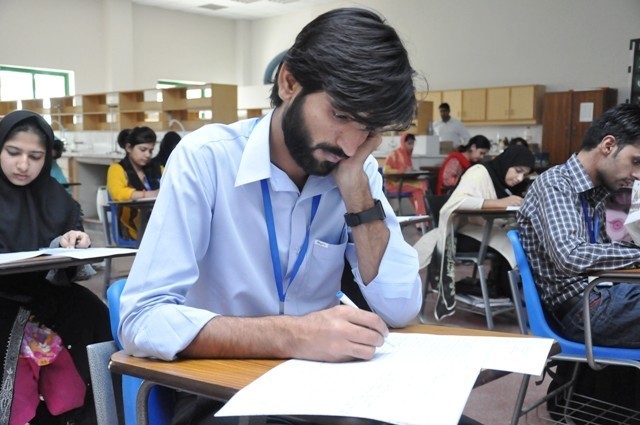 After giving various tests and with unknown syllabi, we passed most of the exams but what happened next was beyond us. After 3 months we were informed that we are called for an interview in a particular department. After going in for the said interview, we were asked 3 questions straight away, and then we were told that we can go. And it’s been collectively 7 months since then and we haven’t heard if we’ve even recruited or not.

Luckily we were called for an interview once, but in most of the cases, that’s not quite the situation. To be noted here, we are paying a fee to apply for the job and for the test, can you imagine ?? Let me be clear here, students with recognized university degrees and with genuine experience certificates are giving the test and waiting for 5 to 6 months without knowing if they are selected or not.

In the case of the private sector, its getting reference based. You can’t even meet the HR manager if you don’t know anyone inside, the guard won’t even let you go in. In the end, we are all going back after spending a year and coming to the conclusion that we will call our families abroad.

I really feel sorry for my country. We tried but failed as we didn’t get the job according to our caliber. Just wondering what will happen to the people who are jobless and have nowhere else to go and to live in Pakistan.

How can there be a change? No matter how many tests you give or clear, in the end, the top management may recruit someone who hasn’t even applied for the job through the proper channel. But you wouldn’t know that because most of the times you aren’t even informed of whether you are selected or not.

I feel really sorry for my country; the rest of the community residing in London is demotivated to go back to Pakistan after hearing and considering our situation.

In the end, I have no words but to say, that today young people are struggling, tomorrow it might be your turn, so think twice before posting fake job adverts just because you want some money.

Earthquake Jolts Karachi; Many People Report Trembling Experiences
7 Type of Students You All Can Relate To During Exam Season!
To Top