This 'Legal Contract' Of Corruption Between A Sindh Official And A Job Seeker Is Going Viral!

Pakistan, a country that holds its head high against all odds in the world, is known for its emphatic youth, the prodigies who do not take setbacks, but fight for their rights, always. Another sad reality, however, is that most of the youth of the country remains unemployed, due to the lack of jobs and opportunities.

The high rate of unemployment gives birth to scourges in society, such as robberies, grand theft auto, street crime, murder and even target killing. Mercenaries are available in every city, who kill for the sake of a few thousands rupees. With mass unemployment on the cards, the well-off families, then make sure their children become a part of the government, by hook or by crook. 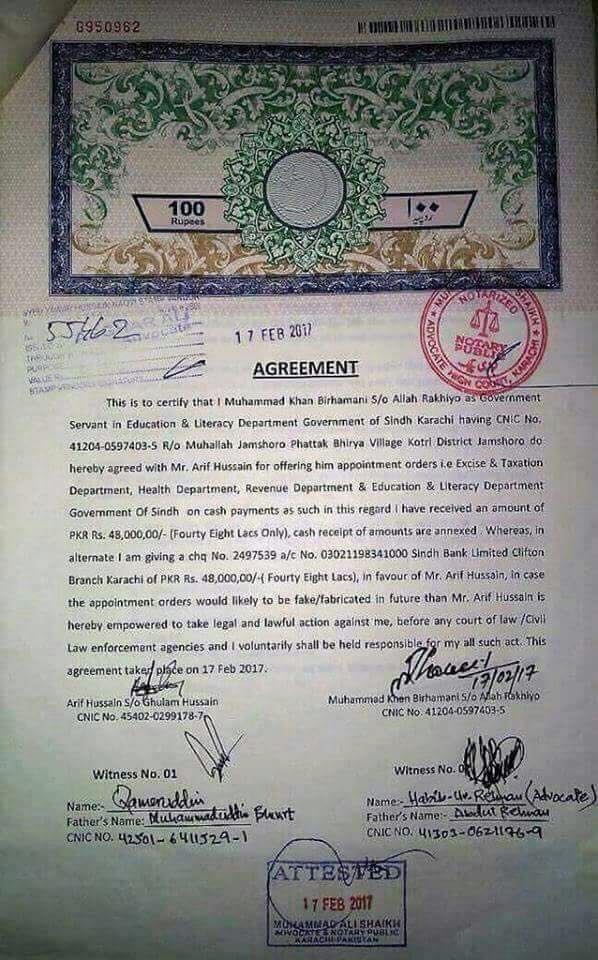 While some burn midnight oil and aspire to be bureaucrats, the other segment that does not need to study, buys its way into service. A couple of days back, a ‘legal contract’ between a Sindh official and a person buying a job from Education and Literacy Department officer went viral. Upon authentication and scrutiny, it was found to be real.

As such in this regard, I have received an amount of PKR Rs. 48,000,00 (Fourty Eight Lacs Only) cash receipts of amount are annexed. Whereas in alternate I am giving a chq no. 2497539 a/c ************* Sindh Bank Clifton Branch Karachi of Rs. 48,000,00 in favor of Arif Hussain in case the appointment orders would likely to be fake/fabricated in future. Then Mr. Arif Hussain is hereby empowered to take legal and lawful action against me before any court of law. This agreement taken place on 17 February 2017.” 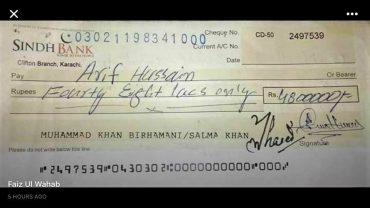 Now, to understand this contract, you need to know (obviously) that selling government jobs in itself is a crime, basically, its corruption. To make a legal document of corruption in case that process does not go through has flabbergasted the masses!

The person paying the money for appointment in the aforementioned departments obviously did not trust the person who was negotiating this incident of corruption. Thus, he was also demanded to write a cross-cheque just to be secure if the orders prove out to be fake/false.

This is just one incident that has highlighted the scourge of corruption in our society. There are thousands of deals like this throughout the country which do not come to surface, but sit quietly, holding secrets, inside archives of provincial secretariats.