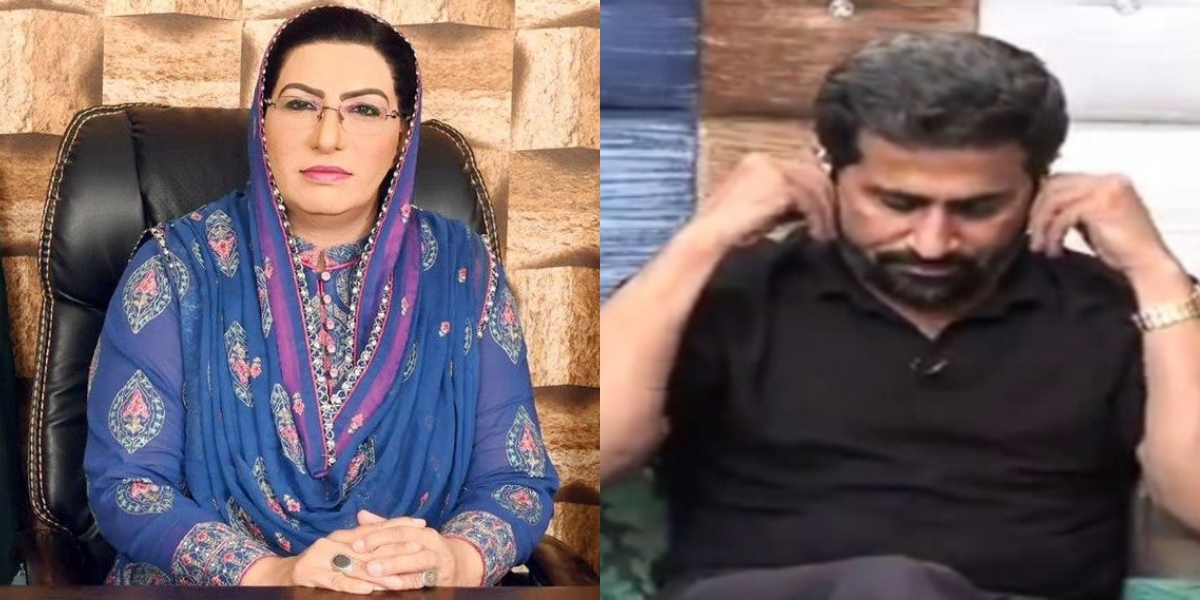 The Punjab government reshuffled the cabinet along with some senior bureaucrats. Former federal government spokesperson Dr. Firdous Ashiq Awan is in and information minister Fayyazul Hassan Chohan has been relieved of his additional charge.

Two other Punjab Ministers – Zawer Hussein and Mehr Aslam– have also been removed over poor performance. However, Chohan will still remain in the cabinet as Minister for Colonies.

The decision was taken after the visit of PM to Lahore. PM had chaired different meetings and assessed the performance of different departments.

“Sir, we have just received information that Dr. Firdous has been appointed special assistant to the chief minister. The charge is taken from you,” a journalist informed him. “I have no information about this,” Chohan told the reporters.

It is important to note that this is the second time that Chohan has been removed as a minister for information. Chohan first had to resign from the portfolio in March 2019. He had made anti-Hindu remarks that offended many Pakistani citizens.

The Punjab government had reappointed him to the post in December 2019. He remained an active member of the cabinet in his second tenure. Moreover, he was also at the forefront in countering the criticism of PML-N and other opposition parties.

The removal of Chohan also illustrates the confusion and incompetency of PTI government. It is also important to note that Dr. Awan was removed from her post of SAPM on information and broadcasting. Lt Gen (Retd) Asim Saleem Bajwa replaced her on an immediate basis. The government did not mention any particular reason for her removal.

The Advocate General (AG) Punjab has opposed the induction of Dr. Awan into the provincial cabinet. In the Supreme Court verdict of Justice Qazi Faez Isa’s case, Dr. Awan was a contemnor.

According to media reports, the AG reminds the government of Punjab that Dr. Awan did use contemptuous language against a sitting judge. Just over a week ago, the Supreme Court in its detailed order stated that Dr. Awan has violated Rule 13 of the 2005 Rules.

Dr. Awan has also breached Article 204 of the Constitution by committing contempt against a sitting judge of the SC in a press conference she hosted last year. As a result, her appointment as CM’s assistant should be considered as dismissive of the Supreme Court’s verdict.

Many Pakistani social media users did get a shock at the appointment of Dr. Awan as SACM. For Pakistanis, the decision is a reflection of the widening gulf between the party members.

Sources in the cabinet claimed Chohan was removed as he was generally carried away by his funny thoughts, jokes, and comments. He was not hitting the opposition hard. The opposition was not taking him seriously.

Will the opposition take Dr. Awan seriously? Time will tell!

Where Is The Pakistani-American Doctor Who Promised To Return To ‘Naya Pakistan’?
Realme Launches 2 + 4 New Products Counting 7 Pro – The Fastest Charging Phone With 65 W Super Dart Charge At The Most Affordable Price of Rs. 54,999
To Top