Is Coronavirus Pandemic Revival Of Islam In The World?

Coronavirus has changed our lives drastically globally. The lethal virus has left no stone unturned in causing a catastrophe. However, no disaster comes without a lesson, and no calamity ends without opening a door of blessings. Similarly, there are immense lessons for Muslims in the COVID-19 pandemic; the disaster will lead to the revival of Islam.

Once Muslims ruled the world. From Saudi Arabia to South Asia and Europe Muslims were dominant. Whether it was the race of science, logic, philosophy or military might there was no parallel to the Muslim might. 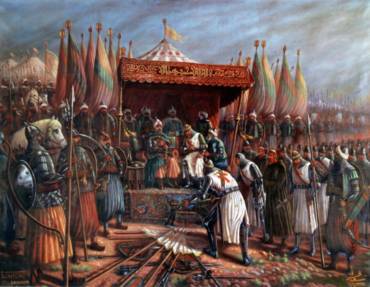 From al Beruni to Al Kindi, the science was dominant by then intellectuals. The flags of Abbasids and then the Ottoman Empire was looming over the world world. However, after the industrial revolution in Europe the doom of Muslims started, as they indulged in the epicurean lifestyle and the west started working on scientific lines.

Certain Islamic scriptures assert Muslims will rise again and this time under the flag Of Imam Mehdi A.S. and Hazrat Issah (Jesus) A.S.

Many pieces of evidence show the revival is on its way after the inception of coronavirus pandemic.

The connection between coronavirus and revival of Islam

The COVID-19 pandemic has led to the strengthening of Imaan (faith) of Muslims across the globe. The followers of Prophet Muhammad (PBUH) have started praying five times a day despite closed mosques. Similarly, the wearing of Hijab is on the rise in the west.

The COVID-19 has made Muslims realized what they are doing? How they have wasted their time? Is this the life Allah has chosen for his subjects?

Furthermore, many are thinking that no single Muslim country is leading the race of vaccine building or drug-making against the coronavirus. Why so? Because Muslims have left rationality, the scientific pathway of the Holy Quran which is the book of knowledge.

“Read — for thy Sustainer is the Most Bountiful One who has taught (man) the use of the pen — taught human what he did not know!” 96:1-5,

Quran asks: “Can they who know and they who do not know be deemed equal?”

Owing to certain teachings of orthodox scholars, Muslims are unable to indulge in the scientific race. In the past, they remained stuck in the lame religious debates and never talked about the true pathway of Allah. This has led to the deprivation of Muslims. Instead of making a vaccine or a drug to battle the virus, they are stuck in their trivial debates. An ordinary Muslim is thinking of the reasons why the Muslim world is behind the west in the field of medicine.

Had the people spent their brain on Coronavirus vaccine and not on Hindu/Muslim, they would have discovered/invented the Vaccine.

Furthermore, Azzan echoed across Britain and other parts of Europe after the pandemic. Even BBC Radio broadcasted Azaan last week. In certain European countries, Muslims are giving Azzans (call for prayers) from their homes. In Pakistan, Azzans (call for protection) are also reverberating at 10 P.M. every day. This closeness with the religion is making Muslims long for Allah and the path of salvation.

Nearly 100 mosques in #Germany and the #Netherlands on Friday rang out with the sound of the call to prayer, as a gesture of support for Muslims amid the #coronavirus pandemic.

At the request of the German people in Berlin and because of the plight of Corona: for the first time in German history, they allowed a call to prayer be heard from loudspeaker … the joy! #Islam #Adhan #Germany #Berlin #Muslim #Muslims #coronavirus #Covid_19 pic.twitter.com/cYYRguvZI0

Moreover, people are also realizing how helpless we are. The pseudo Gods in the face of humans, materials and otherworldly goods aren’t saving us from the calamity of COVID-19. Because only Allah has the power, only he can turn calamity into a blessing. Such thoughts are making a road towards the revival of Islam.

And say: “All praise be to Allah Who has neither taken to Himself a son, nor has He any partner in His kingdom, nor does He need anyone, out of weakness, to protect Him.” So glorify Him in a manner worthy of His glory. (17:111)

How the revival will occur?

The signs of Qayyamat are getting evident more than ever. Imam-e- Mehdi and Messiah are trending on social media. Besides, the COVID-19 pandemic making Muslims discern the need for unity among the Ummah. 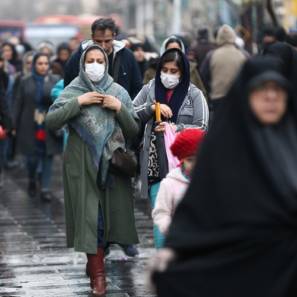 Besides, Islamic scholars are urging for unity and talking about adopting precautionary measures in their countries. Even Imam-e-Harmain Al-Sharifain gave Fatwa against the congregational prayers. This is because Muslims are now thinking on logical lines, which will definitely lead to the revival of Islam.

Most of the countries in the world are now infected with the #Corona virus, and with all its problems it can lead to solidarity between the people of the world and unity among Muslims, and governments should forget about opacity and stand up to it.

What a Nation.All world left china but all chinese offered their services and wealth in wahaun to fight against coronavirus and to save humanity. They are not muslims but behaving better than muslims in this hard time
Such nation deserve to be super power.May Allah give us unity

Furthermore, the restriction on Umrah and Hajj is also considered many by the sign of Qayyamah. This is driving faith in Muslims. The followers of Prophet Muhammad (PBUH) are greatly upset with this and are thinking of turning back to Islam and Allah. 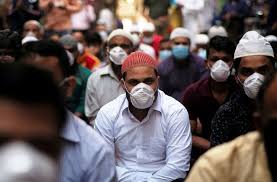 Source: US News and world report

Now, Muslim leaders with the help of the Organization of Islamic Cooperation (OIC) need to unite. The countries must make a forum to discuss collective issues. There should be a forum for Muslim logical and scientific education. Moreover, the role of Islamic scholars is pertinent here. They must teach Muslims of piety and education rather than imposing fatwas on other sects.

To sum up, the revival of Islam is conspicuous. The lethal pandemic has altered the mindset and the whole normative orientation of Muslims. Coronavirus is bringing Muslims closer to each other and Allah. It is making them realize the significance of following the Holy Quran, which will lead to the scientific development of the Muslims.

Alert! Gulshan-e-Iqbal Has Record 122 COVID-19 Cases In Karachi
This 5-Month-Old Is The Youngest To Recover From Coronavirus In Pakistan
To Top