The first two cases of the novel coronavirus in Pakistan have been confirmed by Sindh Government. Special Assistant to Prime Minister on Health Dr Zafar Mirza confirmed the cases in a tweet on Wednesday. However, he said there’s no need to panic as the situation is under control.

“I can confirm first two cases of coronavirus in Pakistan. Both cases are being taken care of according to clinical standard protocols & both of them are stable,” he wrote.

220/ I can confirm first two cases of corona virus in Pakistan. Both cases are being taken care of according to clinical standard protocols & both of them are stable. No need to panic, things are under control. I will hold press conf tomorrow on return from Taftan. 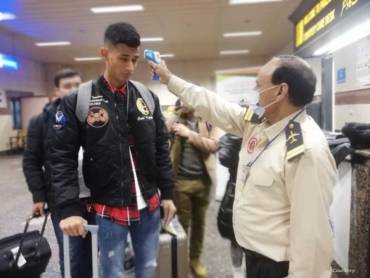 However, Mirza’s tweet came moments after the Sindh health department announced that a young man had tested positive for the coronavirus in Karachi.

The case has been reported in the local media after the patient was admitted in Aga Khan University hospital. Reportedly, the man is identified as  22-year old Yahya Jaffery who recently travelled to Pakistan from Iran.

All passengers traveling with him will be examined by the government. Furthermore, the provincial health department is set to dispatch a team to inspect his residence as well as his neighbourhood.

Pakistan closed off its border with Iran last week as more than 20 people have died of coronavirus so far in the region. While, another 139 people including the country’s deputy health minister, Iraj Harirchi is also infected. Tehran’s death toll is now the highest than any country other than China.

Iran is currently struggling with the coronavirus crisis. Since, Pakistan share border with Iran and many pilgrims are still in Iran, there’s a serious threat of the virus to spread in the country.

More than 80,000 cases of the Covid-19 respiratory disease have been reported worldwide since it emerged late last year. About 2,700 patients have died – the vast majority in China.

The virus is believed to have originated late last year in a food market in the Chinese city of Wuhan that was illegally selling wildlife. Health experts think it may have originated in bats and then passed to humans, possibly via another animal species.