Pakistan is struggling with the novel coronavirus since February 2020. On April 15 Pakistan became the 40th country to cross the death tally of 100. Currently, 113 people have died and departed for the heavenly abodes after being a victim of the disease.

Special Assistant to the Prime Minister on Health Dr. Zafar Mirza recently said, “Less than 6,000 cases have been reported in Pakistan which is huge progress.”

On Monday, the Supreme Court had ordered the federal government to expel Dr. Zafar Mirza from his job for not being able to perform as expected.

“Our first case of COVID-19 was also reported late, on February 26, due to which our numbers are far better than other countries and that is why reported deaths in Pakistan are fewer,” Mirza said.

Moreover, Dr. Mirza declared the people should not be satisfied over his announcement and must proceed to observe social distancing as things could go severe anytime.

Furthermore, he said two million people had been infected with the disease globally and about 120,000 died. He said the good thing was that around 450,000 COVID-19 patients had recovered.

The number of coronavirus cases remains higher in Punjab and Sindh. In Punjab, cases have reached 3016 and in Sindh, they stand at 1668. As per reports and Dr. Zafar Mirza, Punjab’s performance supersedes Sindh’s.

Furthermore, confirmed cases of coronavirus have reached 6217 in the country. Besides, on Tuesday, the federal government declared that predictive calculations showed more coronavirus cases in Sindh than expected. Whereas, Punjab performed better in tackling the deadly pandemic.

On Monday, Islamabad announced its second death due to the virus. However, a dispute surfaced again whether the loss of life should be added in the account for Islamabad or should it be included in Punjab. DC Islamabad later confirmed the details of the victims were included in the list of Punjab. 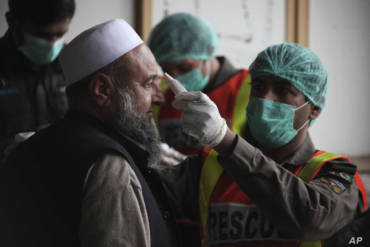 Without citing the calculated numbers, Dr. Zafar stated that more cases of coronavirus were reported in Sindh.
“On the other hand, Punjab has shown much better results even though its population is half of the total population of Pakistan and it introduced restrictions after Sindh,” he said.

Performance of Balochistan and K-P

The coronavirus cases in Balochistan are 248. Whereas, in Khyber Pakhtunkhwa (K-P), 865 virus cases have been reported. The recovery rate in both provinces is good.

This is what CM K-P said on his Twitter account, “Good news for Mardan & KP: 109 COVID-19 tests of different parts of Manga found Negative by NIH.”

Good news for Mardan & KP: 109 covid-19 tests of different parts of Manga found Negative by NIH. We’ll disinfect the area & will gradually open the UC. It proved effectiveness of the measures taken by Admn after surge of cases in Manga. We stand committed for safety of our people

Similarly, in Balochistan, the recovery rate is quite good.

In a nutshell, the recovery rate in Pakistan from coronavirus has been satisfactory. Though the death tally has crossed 100, the numbers still suggest that there is room to tackle the deadly pandemic in the country. However, it will require the provinces and the center to make the right decisions at the right time. Let’s hope for the best.