More than 10,000 Muslim worshippers gathered in a prayer session in Bangladesh after the country reported its first death related to coronavirus. They gathered to pray ‘healing verses’ from the Quran to protect the country from the pandemic.

However, images of the prayer session shared on social media were widely criticised. People calling the gathering ‘unbelievable’.

Moreover, local police chief Tota Miah told AFP that 10,000 Muslims had gathered in Raipur town to pray mass prayer gathering. But, some eyewitnesses said the figure was closer to 30,000. Local police said the mass gathering took place in an open field in the town of Raipur, southern Bangladesh, on Wednesday. “They held the Khatme Shifa prayers after dawn to free the country from the coronavirus.”

Police say organisers did not secure permission to hold the large gathering. 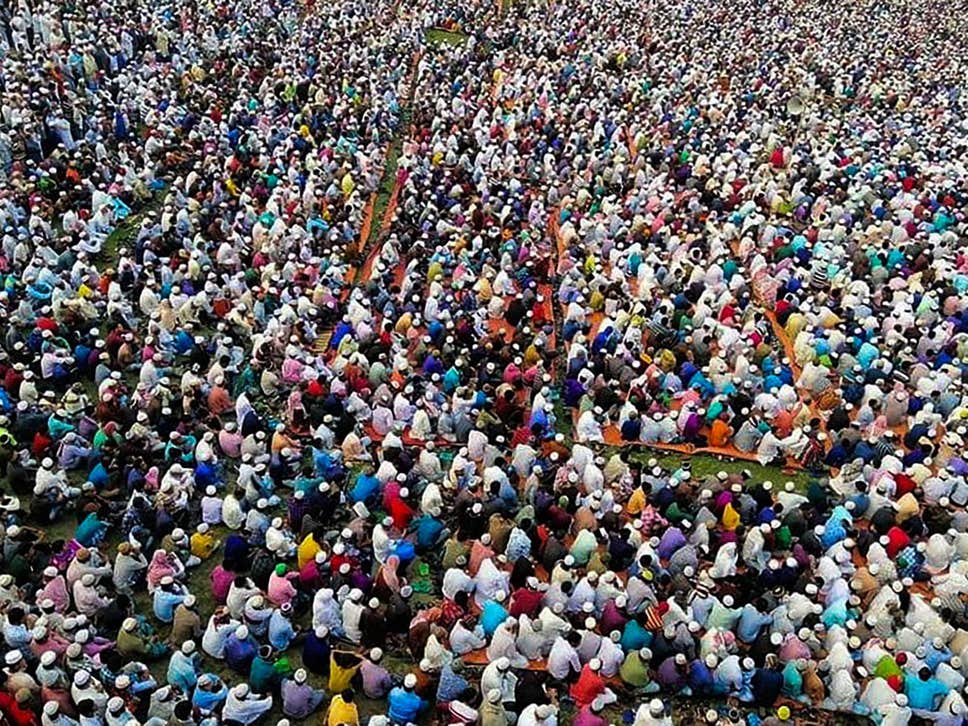 Bangladesh will shut down!

Social media is also abuzz about how Bangladeshi aren’t taking the matter seriously. “Unbelievable how they even have done it without notifying the police? They will be held responsible if anything happens to the people in the region,” A social media user wrote.

Authorities have already shut schools and asked locals to avoid large gatherings in an effort to halt the spread of the disease. But with many ignoring the warnings and heading to tourism sites and mass gatherings instead, authorities are considering imposing a lockdown.

Also Read: Bangladeshis Protest Against Modi’s Arrival In The Country!

Furthermore, Obaidul Quader, a senior leader from ruling party Awami League said, “If necessary, Bangladesh will be shut down. It’ll be enforced where necessary. People must be saved first. We’ll do everything for that.”

Though Bangladesh has very fewer coronavirus cases so far, a similar religious event in Malaysia in February became the source of spreading more than 500 infections. Malaysia’s government later banned all public gatherings in the country and locked down its borders to prevent the further spread of the virus.

A similar mass religious gathering in Indonesia was cancelled at the last minute this week.

As of March 19, Bangladesh has 14 reported confirmed cases.

Bangladesh on Wednesday confirmed its first death due to the coronavirus.

The patient was a 70-year-old man who was suffering from cardiac problems, high blood pressure, kidney diseases, and diabetes. Head of the Institute of Epidemiology, Disease Control and Research in Bangladesh confirmed the news. The man got infected after coming into contact with a person who had just returned from US.

All the Bangladeshi patients infected with the virus mainly because of coming into contact with Bangladeshi returnees from abroad.

A US Dentist Of Pakistani Origin Co-Authors A Must-Read Book!
Pak Army Pitches In With 10,000 Bedded Hospital At Expo Center Karachi
To Top