When it comes to touching the taboo subjects in Pakistans, brands, and individuals need to be extremely cautious. With one reason being how the audience reacts to the stigma associated with how different products such as sanitary napkins, condoms and various more. Another reason being how under the umbrella of religion, such portrayal in general public contradicts to the teachings.

In terms of business, however, marketing is a key tool for reaching the targets and even for controversial products, it holds essential importance.

Previously, We Have Seen How Controversial Ads Backlashed in Pakistan

Be it sanitary napkins or Mathira’s boldness in a condom ad, Pakistanis feel it contests the teaching and thus, the brand receives negative feedback, while people continue talking about it. While promoting a product such as condoms is extremely difficult for brands, it is important.

Do Pakistan, a 3-in-1 Condom Brand Just Released an Ad People are Talking About 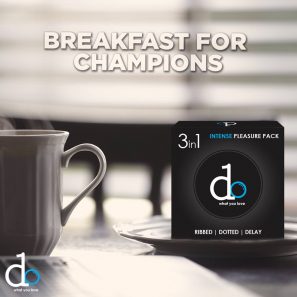 When you see the ad, you may have some questions yourself. No, it does not promote vulgarity or promotes sexual intercourse act in a blunt manner (like previous ads did), but it concerns some of the ethnic morals one needs to talk about.

The ad begins with a husband planning to celebrate wedding anniversary by surprising his wife. The husband uses the help of his friends to plan a surprise and as soon as the wife comes home from work, she begins to complain about her day at work.

Eventually, his friends come out of the hideout, give her the surprise and the husband hands over a box to his wife that has a condom in it.

One wonders – who gives their wife condom right in front of the friends? And also, you give a condom to your wife on the anniversary? THAT’S IT?

And this Concern was Raised By the Locals as well

Here’s the Link to the Ad

The subtlness is greatly executed, btw.

What’s your take on the ad?