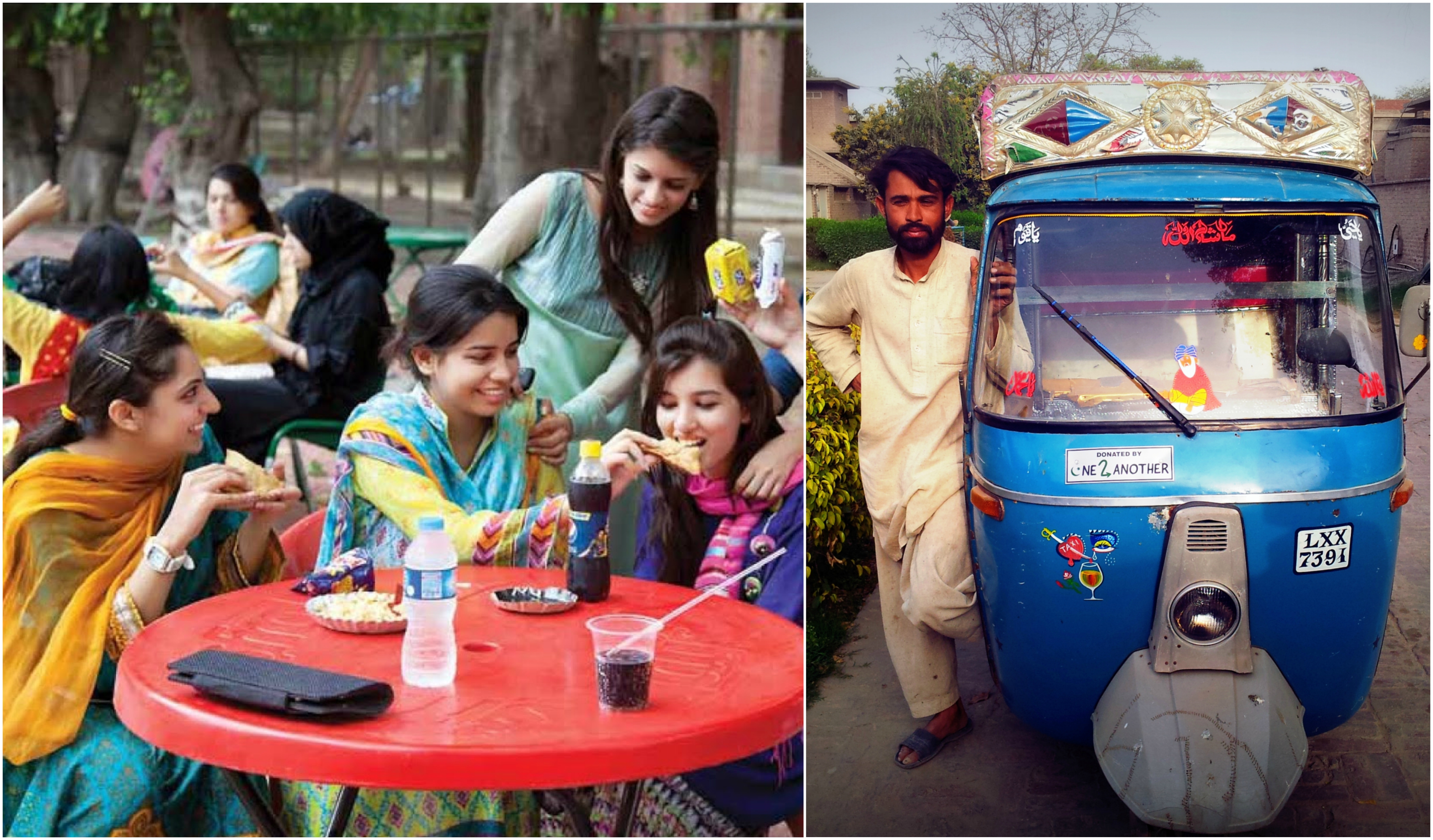 Let’s admit it – regardless of what your status symbol is, you have, at least once in your lifetime, had the experience of traveling in a rickshaw. University and college girls know what it feels like to bargain with a rickshaw wala in the middle of the road or outside the university gate. It is worse than convincing your mother to make biryani on a Sunday afternoon.

Regardless of how many times you encountered a memorable rickshaw traveling experience, each and every experience becomes more memorable than the next. Here are a few that you may have lived through:

The One with the Creepy Stare

Casually looking at herself in the mirror set in front of her, she notices how beautiful she is looking today. Her lipstick shade matches her dress, while her hair gracefully falls, meeting the curves of her neck. While embracing her beauty, she gives a smile to herself in the mirror.

Suddenly, she notices the creepy rickshaw wala looking at her through the side mirror, waiting for her to make eye contact and when she does, he passes the weird smile to her.

The rickshaw wala continues to involve in the chemistry as he keeps staring at you on and off. Didn’t your wish for being noticed just become true?

The One with the Ultimate Disco Rikshaw

If you travel frequently in a rickshaw (which I do), you may have come across a rickshaw which has sound system louder than David Guetta’s concert and has a collection of songs you might have never even heard. Yep, I heard “Vay Gujra Way” in a rickshaw before listening to it anywhere else.

The One Who Doesn’t Open Rikshaw Door for You

We might be traveling in a low-budget vehicle, but who doesn’t like VIP treatment?  When did chivalry die? Despite how full your hands are, the rickshaw wala becomes so furious after the bargaining you put him through, he won’t even open the door for you.

The One who Listens to your Conversations

When you are traveling with your friends in a rickshaw, you never stop cracking jokes and gossiping over a certain issue. After all, girls just wanna have fun, right?

In the middle of laughing at what Shabana was wearing or how Faisal got dumped, the rickshaw wala joins in and starts laughing with you as well.

The One Who Chooses the Worst Routes

You tell a rickshaw wala you need to go to a place urgently and instantly he becomes Paul Walker and will race down every Corolla to lead you to your destination.

However, he would choose the worst routes as shortcuts and your ride (just like my life) will be full of bumps and twists and turns. So many of them that you might even get your head stuck up to the roof. But it’s worth it anyway.

Regardless of how many taxi or cab services we may get, nothing beats the thrilling ride in a rickshaw.

If Hollywood Movies Titles Were Translated Into Urdu
8 Simple Gift Ideas To Make Your Loved Ones Smile This Eid!
To Top