There’s a dark side of the entertainment industry that goes unnoticed, because people, especially the actors do not talk about it. In the fear of losing their work, in the fear of being blacklisted from work, the entertainers go with the flow and allow the ordeal to continue. With the passage of time, this eventually becomes a norm.

Pakistani comedian and stage drama actor Sohail Ahmed is a part of the local industry for as far as the memory of any television fanatic goes. With his years of good experience comes facing the bitter reality, which after years, he reveals now.

While apologizing to his fellow female co-workers, Sohail Ahmed revealed that the dances of these women are on record, while the undress themselves to entertain the crowd. He mentioned that there are around 500 to 600 individuals who attend the show and pay 5000 rs for a show.

Collectively, the organizers of these shows pay an amount of 100,000 rs to the police who make sure that the audience does not misbehave and the ordeal does not go out in public. The police also make sure to provide security to the entertainers. These are happening in different parts of Lahore and there’s no stopping as even the police are involved, said Sohail Ahmed. 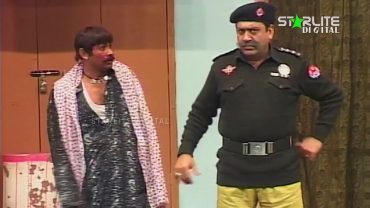 In addition to his testimony, Sohail Ahmed further shared that the modern age songs of the Pakistani industry are ruining the upcoming generation.

Not a lot of entertainers have the courage to speak up and shed light on the dark side of an industry because of the fears. However, Sohail Ahmed just showed us what happens behind the curtains.

Pakistanis Share Why They Got Rejected for a Rishta and the Reasons are CRAZY!
Ali Zafar Just Released The New Anthem For PSL-3 But People Are Not Happy With It
To Top