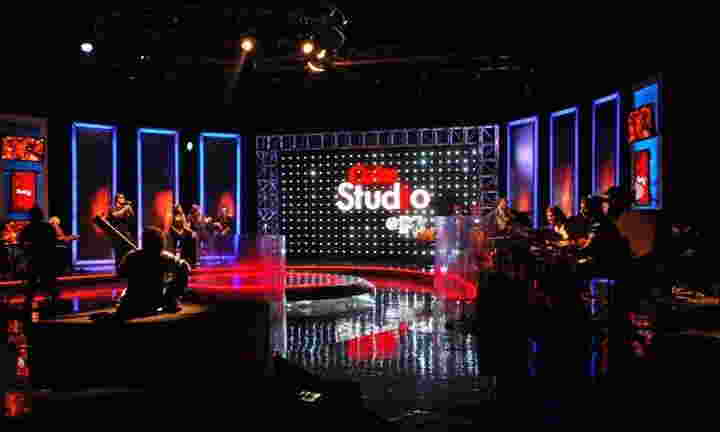 Coke Studioâ€™s second episode is filled with musicians that make clear that music is an eternal part and identity of Pakistani musicians. But there were certain areas where big names in music industry were not given their due importance when it came to songs they were given, by the producers.

Strings, Coke Studio, made the catchy opening of the best pakistani songs with the violin playing in the background. There was a tinge of romantic tune from the beginning. Javed Iqbal used his years of experience in music industry to manage the flow of song that add valued to the melody.

It was reminiscing to see Zoheb Hasan singing an old song of his, but surely, it made a bit sad because this time Nazia Hasan was not sharing space on screen with him. Imran Akhoon played a guitar that supported the vocals. Babar khan was behind the table, I would say, it was little quiet in the background and it lacked little augmentation that would have made song more freshening.

The vocals in the back were well synchronized with the tune. In the end, Amir Zakiâ€™s solo totally stole the show. He did what he once had done in Asrarâ€™s song which was undoubtedly one of the best Pakistani songs. His solo took the tune to another level.

I wouldnâ€™t say he stole the limelight of Zoheb Hasan but both of them shone together and gave a melody of utter brilliance.

Javed Bashir is an electrifying singer. He is blessed with a voice that just hit the chords right to the core. Season two of Coke Studio witnessed one of the best performances of Javed Bashir with Aj Latha Naeeo and it was perfectly placed by Rohail Hyatt.

Hoever, Charkha, as appeared, was thoroughly enjoyed by Javed may be because he had found his love in the form of Qawwali in coke studio. We also saw the master piece of Tanveer Tafu in the song but it lacked the electrifying factor just as it did in Abida Parveenâ€™s and Ustaad Raeesâ€™s song.

I would say that the song was little down on the pitch and spirit it required that would have ignited fire in audience as normally Pakistani Songs do. I will suggest Coke Studio team to peg strong vocals of Javed with electrifying gamuts so that Javed gets to optimal level of tune. We are lucky to have someone like Javed with ripen-pure qawwali voice so why not use it to best as we can.

There is a reason we call certain singers as folk singers which is they not only know the tune but express it with soulful melody and bring joy within audience.

Adeel Aliâ€™s performance in guitar was disheartening compared to one in first episode of coke studio. Strings must have the knowledge that favoritism has no place in the music; it kills the essence of it as you donâ€™t work for the music anymore which is considered as sin to the music itself.

They must not forget why Rohail Hyatt began to climb down the stairs of success during Coke Studio. He had begun to lose it when he decided to feature his loved so called artist in Coke Studio.

Strings have repeated the same mistake here. Adeel may have contributed as guitarist in Strings personal works but his place in Coke Studio is beyond sane mindâ€™s comprehension.

Humera Channa did a complete justice with this cultural and traditional wedding song which is one the best classical Pakistani songs, and, succeeded in making a definite place in audienceâ€™s heart. Abbas Ali Khanâ€™s â€œakaarsâ€ left a mesmerizing effect on listeners.

They duo seemed well matched in the song and supported each other with great skill that was visible from beginning to the end.

Frankly, I was not much convinced with the ending part of the song in which â€˜lehâ€™ was merged with â€˜aakarâ€™ as it lacked the appeal. The piano solo was sweet and I think Jaffer Zaidi needs to be lauded for it. But, guest musician Shallum failed to make a mark in the song and we totally fail to capture him throughout the tune.

I think Meekal Hasanâ€™s album can be a great guide to producers to learn how to get classical Pakistani songs fusioned into modern and contemporary music to make them more exhilarating for the audience and specially in something which is watch as much as Coke Studio itself.

Itâ€™s pretty much clear that coke studio episode 2 could have been more appealing, had the producers been mindful of little slip-ups. Production itself missed out on very minute yet important things. This makes me doubtful of producers paying attention to peripherals of each song and all elements of Coke Studio.

There is a huge space for improvement on producing folk and traditional music. Let the original singers spark the magic just as Zoheb Hasan did and Akhar Channal could have been given chance to do.

Remember, itâ€™s the â€˜popâ€™ music we are talking about and thatâ€™s unique selling proposition of Coke Studio thoroughly enjoyed by music loving audience of Pakistan.

A Pakistani: Too Unhealthy for a Healthy Lifestyle
Mahesh Bhatt praises the art of Pakistani fashion and wants the India and Pakistan at peace
To Top