Coke Studio: Are Strings really better than Rohail Hayatt? This article proves every bit of it! - Parhlo 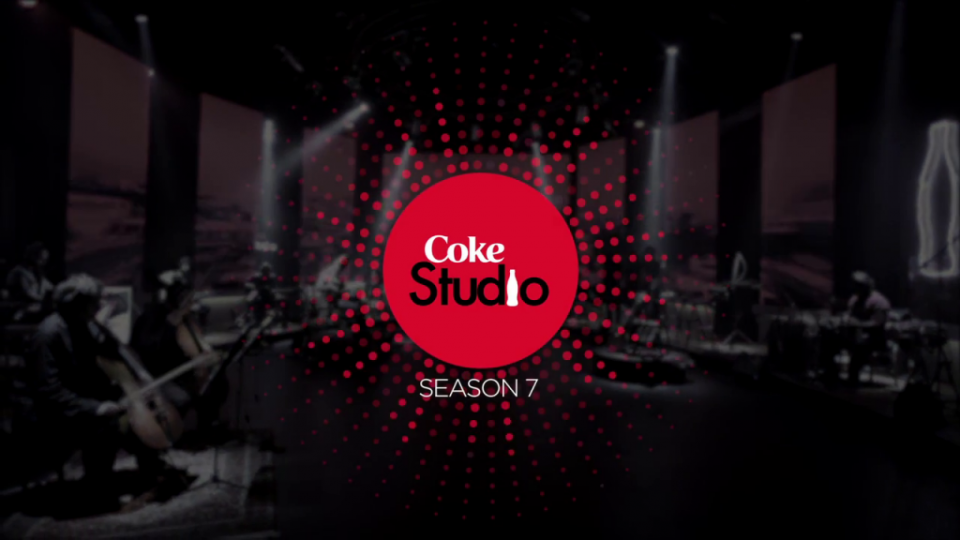 Coke Studio is entirely revitalized by strings. Social media forums and music loversâ€™ comments are replete with this notion. The strings duo of Bilal and Faisal has connected to the heart of audience in this episode as well. They have brought an amazing reminiscing feeling amongst audience by introducing two Pakistani classic songs.

The first treat came in the form of Sun Ve Balori. The song was originally sung by Madam Noor Jehan in early 1970â€™s. Meesha Shafi seemed to have done justice to Madam Noor Jehanâ€™s song. Know for her pure, rural, and high tned-voice, Meehsa was the best choice for this song.

This song embodies the contemporary fast paced rhythm from the beginning. The strings touch of music is prominent through the guitar solo. The cellos add more color to different parts of the song. The violins and guitar solo throughout keeps the tune progressing with wonderful vocals of Meesha.

The song is definitely a mood lifter. A classical tune perfectly blended with contemporary musical instruments leaves an everlasting impact and you would want to replay it.

What makes Sun Ve Bilori of cokestudio more prominent is the role played by â€˜Ustad Tafuâ€™, the original creator and lyricist of the song. String had approached him to seek his permission and forced to make a great table-appearance. To their good luck, Ustad Tafu agreed to play the part.

His master piece is conspicuous when he plays at table with great rhythm and authority. Strings ensured the presence of natural element and flow in the song. The song provided every feeling of original and raw tune yet beautifully shaping into modern tune with modern instruments.

Read Also: Coke Studio: A Little Over Creative Or Simply One Of The Best Left Of Pakistani Songs

Strings said that they work in collaboration. They start with the basics of deciding the chords. Once chord structure is made, everyone in the unit is encouraged to contribute. They regard adaptation as main ingredient of their music. Sun Ve Balori is perfect depiction of that. Moreover, they had idea of this song since long time, all they needed was the right vocals and the right team to pull it off. Strings did complete justice to it.

This medley was an accolade presented to Lollywood by cokestudio team. The song was medley of beautiful tunes of Nadiya and Gari Ko Chalana babu from the movie â€˜Anokhiâ€™ released in 1950â€™s. The song was performed by Jimmy Khan, who refreshes up the old generation with the song â€˜Nadiyaâ€™ and Rahma Ali, who follows him with Gari ko chalana babu.

Then, they both sing the tune together in the melodious rhythm. The pace of song itself reminds us of simple yet full of masti-music of 1950â€™s.


Jimmy Khan is quite a famous name in Lahore underground music spheres. He has released his album; he got the chance he deserved with this beautiful Pakistani song. Rahma Ali is also a new name but not so new if you know Iman Ali.

Yes, she is Iman Alisâ€™s younger sister. Strings had found her through Bilalâ€™s father who spotted her during audition at one of his shows. She was instantly recommended by Anwer Maqsood.

The strings understood the essence of the song and kept the original filmy touch to it. The elder generation simply loves the song as it has reminiscing effect on them.

New generation can relate to richness of Pakistani music and itâ€™s evolvement through the time. Nadiya will make you move your hands in joy and leave you freshened up.

This is where strings have got right, they have moved away from predictable soundtracks and came up with old Pakistani songs and adding modern color to it, thus defining the cultural identity of Pakistani music. They have got new musicians and artists singing old songs of great legends, also putting their talent in it.

Customization is conspicuous in the songs of this Coke Studio and strings havenâ€™t relied on star singers or musicians solely. They have given opportunity to guitarists and other instrument players to share the space as well.

Sajjad Ali and Fariha Pervez were give opportunity to sing this cult-song. Strings seem to have understood the Sajjad Aliâ€™s high and low vocals. Sajjad Ali had requested producers to ask Fariha Pervez to share space with him on this song.

Fariha Pervez is seen supporting and collaborating Sajjad Ali by pitching higher tune than usual. Both have done a commendable job in making a song cheerful and smooth. The song creates dhamaal through â€˜tablaâ€™ and guitar in the background. Fariha pervez has maintained the rhythm beautifully in middle of the song.

Both seem to have complemented each other in the best possible way producing the magical tune in the most melodious way. Flute in the background makes the song sweeter to ears. Once you listen to it, you wonâ€™t stop playing it again.

This is the last song of the episode sung by Pakistani legend Abida Perveen. Who can get better at Sufi music than Abida Perveen? In BTS, she is heard saying she hasnâ€™t done anything like this before. She sung couple of songs but couldnâ€™t get a click. Before leaving, she tried another song, and, she and producers knew this is what they wanted.

The song gives a feeling of a wave giving constant melodious vocals of Madam Abida Parveen with little contribution of instruments in the background. This song goes for all the moods whether youâ€™re stressed out or energized. It gives you the powerful and influencing voice of pure Sufi music from beginning till the end. Abida Perveen, youâ€™re powerful voice is nothing less than perfection.

Pakistan News: Why Malala and Abdus Salam were given the world’s most prestigious award is simply genius!
Lifestyle – Omar Mansoor takes Pakistani Fashion to London but the dresses do NOT look Pakistani
To Top