On Sunday morning, news about an oil tanker had overturned on Highway in Bahawalpur started circulating. All hell broke loose when local residents started plundering oil from the leaking tanker and it went ablaze. The tragic fire in Bahawalpur took over 150 lives, while over 200 people are still injured, battling every minute of their lives in hospitals. 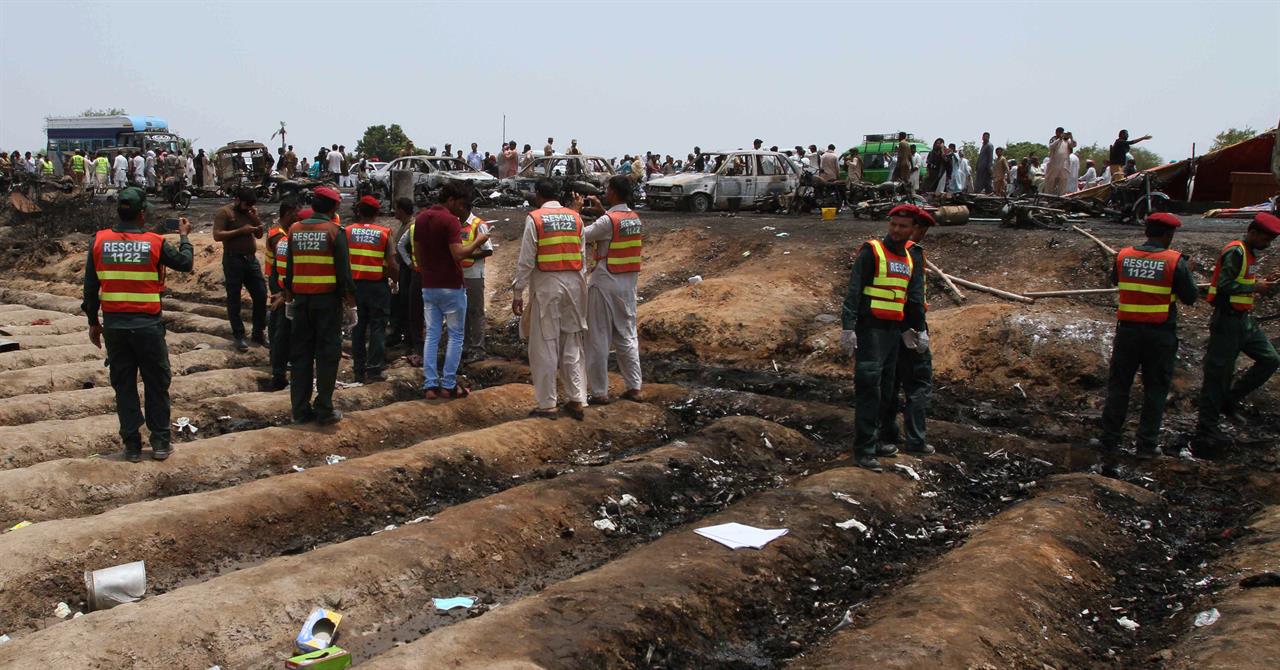 The Bahawalpur oil tanker fire exposed many loopholes in the local government’s system – lack of burn units in the nearby centers, emergency units not reporting to the incident and alike. Meanwhile, the incident entailed another alarming fact for us: the behavior of the people. It’s still harsh to call the deceased and injury-stricken people ‘greedy’ and ‘corrupt’, but we acknowledge had people not looted the oil tanker, such a tragedy could have been averted. We raised our voices to educate our people. We wanted to create more awareness and get our authorities engaged. However, all remained to no avail as recently we came across another shocking incident involving people looting another truck.

Here is what happened the other day…

As you can see, this truck seemingly broke down after an accident. The driver seems nowhere to be found, leading to a mob of people plundering bottles from it. You can see how the nearby people adapted several ways to loot as many bottles as they could.

Women hid bottles in clothes, large bags, some were caught looting full crates by their hands – EVERY MAN FOR HIMSELF.

It’s shocking how little moral values are left among our people. Adults acting like they are still kids, waiting to be taught basic values and morals of living in a society. We love to associate our politicians and authorities with corruption, while we ourselves are not left behind in the race.

Fortunately, this time it was not an oil truck and no casualty were left behind but we are indeed left with an alarming prospect in terms of the mindsets of our people and how the common man is likely to behave.

A Stern Debate has Started Over This Shocking Video (Supposedly) of Bahawalpur Incident
A Muslim Man Returns Wallet And Becomes An Internet Sensation, Here’s How…
To Top