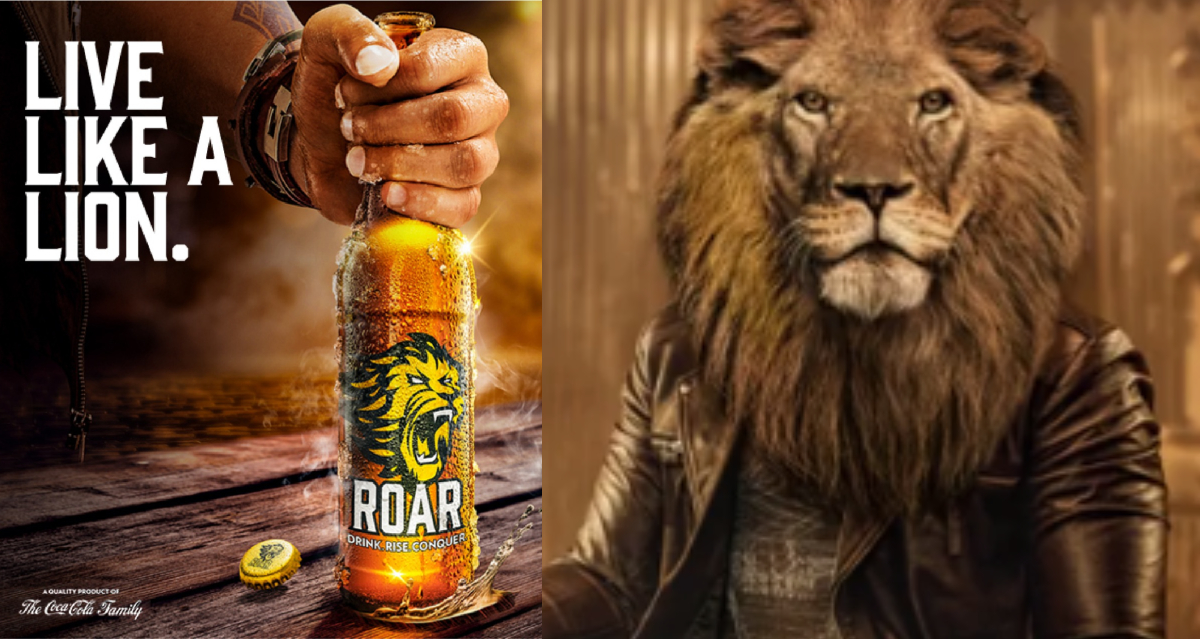 Coca-Cola has been around for quite some time and has assured quality for its customers for as long as we can remember. The brand has evolved over time and provided the masses with great taste and it has now become the most beloved beverage of the modern world.

Drinks like Sprite, Fanta, Coke Zero and Cappy have already added that certain punch of flavor in our lives. After all these lip-smacking drinks, Coca-Cola is all set to introduce its brand new drink which brings in a citrus flavor that is bound to get you hooked!

It’s time to ROAR and #LiveLikeALion

This new citrus burst drink, ROAR, has already taken over every nook and corner including billboards, city stores and people all around can’t stop raving about it.

Just look at this glorious bottle – totally giving us knight-in-a-shining-armor vibes! The packaging is absolutely spot on and doing complete justice to its name. So you can unleash a fearless version of yourself just like the king of a jungle!

We definitely can’t wait to taste the magnificent ROAR, what are you waiting for?

People today are going gaga over all sorts of different drinks but what gives ROAR an edge over others is the fact that it has that citrus taste that will blow you away! Unique, eh?

This new product by the Coca-Cola Company gives you the perfect citrus kick! It’s a drink with a distinct citrus flavor bursting with a taste that you will certainly get hooked to and won’t stop at just a sip. ROAR is all set to make you #RoarLikeALion and show you how it is to #LiveLikeALion! ROAR is refreshing and gives your tastebuds a tasty treat.

Have a look at what people had to say for ROAR!

Another user just took words out of our mouth and penned it perfectly!

Launch of Roar reflects that Coca Cola knows how to satisfy their consumers.#RoarLikeALion #LiveLikeALion

One more user wrote that you’ll live like a lion after sipping ROAR!

How many of you are gonna grab ROAR, drink it up and feel like a lion? We know we’re doing that!

Roar will help you power through every to-do on your list! #LiveLikeALion #RoarLikeALion

For all you workaholics, this is your escape to sanity. So, hook yourself to some ROAR today!

With summers approaching soon, every Pakistani would be looking for something to quench that thirst with and here it is, the perfect drink for ya! This is it! We’ve found our pick! ROAR promises quality, taste and the impeccable feeling of living like a Lion!

Here’s How Responsive Hamza Ali Abbasi Is And How He Left Indian Media Crying!
The Caltex HBL PSL Fantasy League Powered By Konnect Is Giving You A Chance To Win Prizes Worth Hundreds Of Thousands!
To Top