There Are Rumours Of COAS Bajwa Receiving An ‘Extension Offer’ From PM Khan And It Is Necessary!

In recent times, Pakistan is struggling financially, economically and politically. The current Pakistan Tehreek e Insaf (PTI) government is putting in sheer efforts to stabilize the condition of the country and visible changes can be seen. To ensure well-maintained working structure, the armed forces of Pakistan are cooperatively playing their part along with the government bodies. 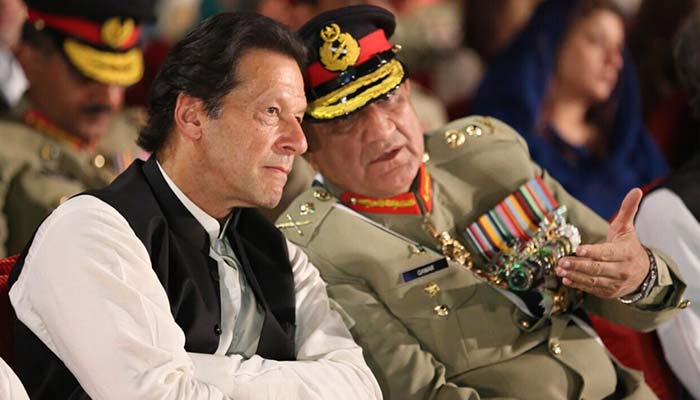 Also read: Four Pakistan Army Jawaans Embraced Shahadat While Protecting Us On Eid And Let’s Pray For Them!

In recent news, there are rumors that Prime Minister Imran Khan will offer COAS General Qamar Javed Bajwa an extension of three years in his services. The important decision will be taken keeping the current situation of Pakistan under consideration. The news was revealed by a senior journalist of the country Arif Hameed Bhatti in a talk show.

Here’s what Arif Hameed Bhatti has to say on the extension!

The final call from the PM will be made either in the last week of the upcoming August or in the first week of September. The decision will be taken after consulting with the higher authorities and core commander’s in an official meeting. Apparently, COAS Qamar Javed Bajwa’s tenure is about to end in November of the current year.

Further, the senior journalist said that the Pakistan Army is a well-organized organization based on principles. The decisions are not taken on the basis of someone’s own wishes or desires. The news was received by my sources but the government has a free hand to object or reject this report.

PM Imran Khan on the extension of COAS earlier in March!

Earlier this year, PM Imran Khan had responded pretty basic upon questions of extending COAS’s tenure. Talking about the extending services, the PM said that it will be too early to state something on the extension but recently, the premier has conveyed his wishes to keep COAS Bajwa on his services for three more years.

Check out: Obese 330 KG Man Who Was Shifted For Surgery By Army’s Help Passes Away Due To Raucous In Hospital!

Pakistanis are in favor of the extension as General Qamar Javed Bajwa’s years of service has taken the development on a great level. Now, everyone’s just waiting for the final decision to come out.

Have anything to say on the story? The comments section is all open!

Iqra Aziz’s Official ‘Engagement’ Picture Is Raising Many Eyebrows And Everyone Seems Utterly Confused!
This Guy From Karachi Has Got The Kind Of Vocals Which Can Give The Top Singers Of Pakistan A Run For Their Money!
To Top