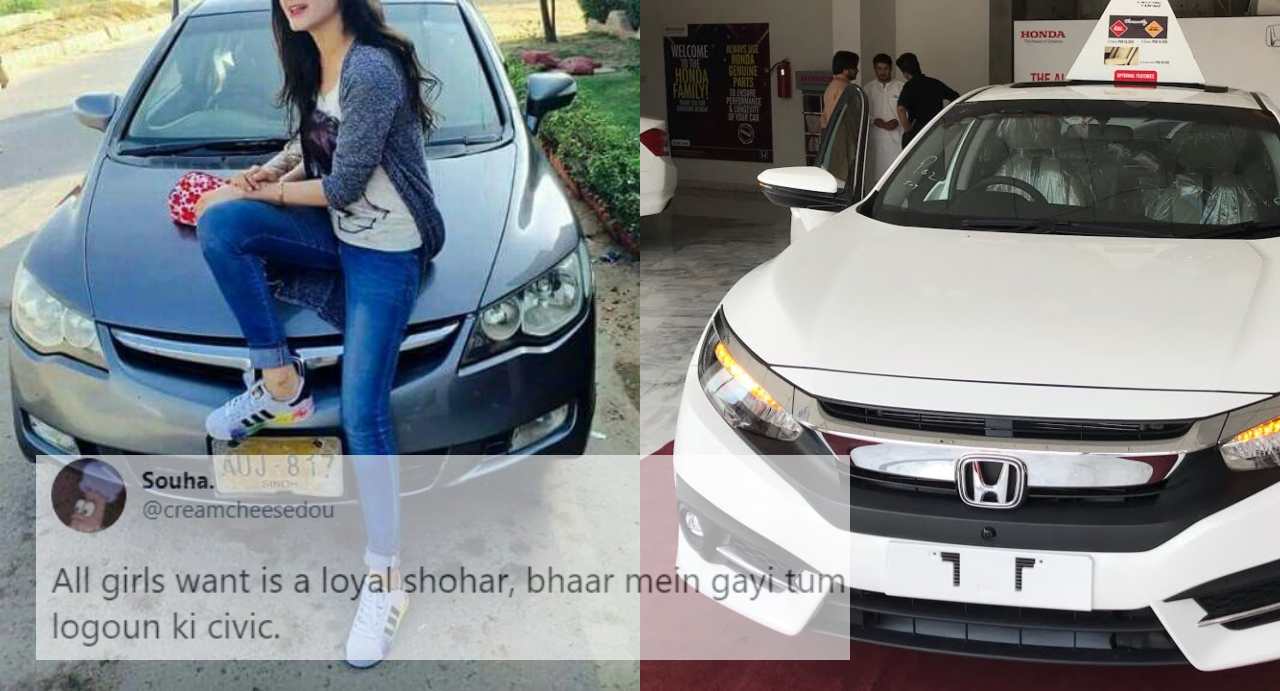 Ever wondered, what Pakistani girls look for in a man? Is it the eyes? The face? The height? Or any other physical feature? Well, most Pakistani boys think otherwise. Civic is trending in Pakistan after a boy says that girls want civic more than loyalty.

For over a week now, the word ‘Civic’ can be seen on different social media platforms. Especially in the rising meme culture. To Pakistani boys, having a Honda Civic is the perfect mean to get a girl today.

Not just the boys, but many girls have called for it as well. The memes from both genders are nothing short of entertainment.

This is what Pakistani boys think regarding girls and Civic

Apart from Twitter, the memes have been trending on Instagram and Facebook as well. Girls have been running from this generalization that they want a Civic and not a loyal partner.

However, boys remain adamant, that when there is a Civic that is currently trending, and money involved rather than loyalty, girls will prefer it.

What do you think? Let us know in the comments below.