For a while now, Karachi is facing extensive load shedding for up to 11-18 hours. Not only is the entire practice of excessive load shedding annoying, but the tormenting heat and humid summers leave little for people of Karachi to stay cool. The cherry on top of this situation is that K-electric seems to have put the blame on the government and is pretty much not doing anything about it at the moment.

The story gets worst, basically, Karachites aren’t only deprived of electricity, rather they are being charged more for consumption. That’s right folks! You read correct, for consumption. Now the question is, why should they pay such lump-sum amounts? And what is basically K-electric charging them for?

So it isn’t surprising at all to see how some citizens are losing their cool and calm nature. For the past month, people are calling out K-electric for their incessant and unethical behavior. As if COVID-19 hasn’t made matters worst, the irony isn’t lost on the situation with load shedding and K-electric. 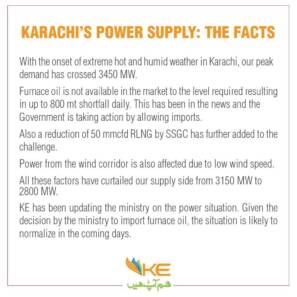 It gets even more irritating when you get to hear petty and illogical excuses by this ‘prestigious institution’ about why Pakistan’s largest city Karachi is deprived of electricity so incessantly. 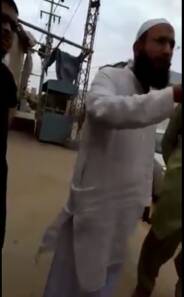 Truly misery gets us at the most desperate and desolate times. Umer Hayat is just another citizen who is tired of the difficulties and harshness of this institution. It makes us wonder when will the era of supremacy and corruption end. This isn’t the first time K-electric is disappointing the public. No, in fact, this has become a routine.

Citizens are fed up

However, we aren’t sure for how long we endure this traumatizing experience, where we are deprived of something as basic as electricity. It surely is something to think about. Will this threatening and criticizing the institution bring out any luck for the citizens? Will they be given the right to actually consuming electricity? Or will they be forced to pay a hefty amount of bills up to Rs. 50,000/- a month for basically 11-18 hours of load shedding a day?

Most importantly, let us just hope that Karachites get the chance of being provided with electricity. And let us hope that K-electric doesn’t torture Karachites more with these unethical and immoral activities that they have been doing. but then again. This is Pakistan, and this is K-electric we are talking about.