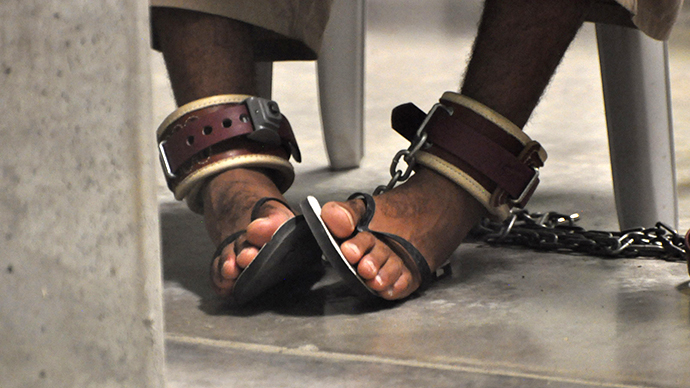 A psychologist considered integral to crafting the CIAâ€™s post-9/11 â€œenhanced interrogationâ€ tactics slammed an unreleased Senate report on CIA torture as inaccurate while defending his role in working with the spy agency amid a volatile era in US history.

In his first interview in seven years, James Mitchell told freelance reporter Jason Leopold, writing for the Guardian, that he has nothing to apologize for regarding his place in the post-9/11 abuse of prisoners that, as he points out, was legal at the time.

â€œThe people on the ground did the best they could with the way they understood the law at the time,â€ he said. â€œYou can’t ask someone to put their life on the line and think and make a decision without the benefit of hindsight and then eviscerate them in the press 10 years later.â€

According to the Senate Intelligence Committeeâ€™s vast, unreleased report on the CIAâ€™s capture and interrogation program, Mitchell, along with another contractor, psychologist Bruce Jessen, is responsible for developing the torture program by â€œreverse engineeringâ€ coercive interrogation tactics that US airmen are taught to resist through the militaryâ€™s survival evasion resistance escape (SERE) training.

“The whole GuantÃ¡namo issue that came up…all of the abuses that they did in GuantÃ¡namo they tried to attribute to me and Bruce,” Mitchell said. “It wasn’t us. We didn’t do any of that stuff. We didn’t have a damn thing to do with that. I think that what happened was the Senate armed services committee believed that the agency [CIA] was behind it.”

Mitchell denies involvement in abusive practices, as was alleged by a Senate Armed Services Committee report in 2009.

â€œWe didn’t have a damn thing to do with that,â€ Mitchell said. He blames Pentagon contractors and civilian staff â€œwho wanted to help out and made some dumb mistakes.â€

Mitchell, a retired Air Force psychologist, said he does not put stock in the Senate Intelligence Committeeâ€™s 6,600-page, $40 million report or its findings. The study, according to leaked accounts of its details by those in the know, says the CIAâ€™s interrogation techniques were more brutal than advertised, that the CIA lied about them to gain legal cover and eschew proper oversight, and that the tactics didnâ€™t yield much, if any, actionable intelligence.

â€œIâ€™m skeptical about the Senate report, because I do not believe that every analyst whose jobs and promotions depended upon it, who were professional intelligence experts, all them lied to protect a program? All of them were wrong? All of these [CIA] directors were wrong? All of the people who were using the intel to go get people were wrong? And 10 years later a Senate staffer was able to put it together and finally thereâ€™s clarity? I am just highly skeptical that thatâ€™s the truth.â€

Based on non-disclosure agreements signed with the US, Mitchell could not discuss much about his place in the CIAâ€™s program, though he said he believes it was an overall success.

The tactics used against detainees held in CIA â€œblack sitesâ€ around the world are what many, including those party to the Geneva Conventions, consider torture. The techniques include waterboarding, stress positions, sleep deprivation for days, confinement in a box, and wall slammings. Some detainees were subject to dozens of waterboarding sessions. Mitchell was reportedly active in the waterboarding of so-called 9/11 â€œmastermindâ€ Khalid Sheikh Mohammed.

Yet Mitchell claims the torture tactics he helped develop worked and provided analysts with vital information â€“ despite what the latest Senate report claims.

He is also dismissive of statements made by former FBI special agent Ali Soufan, who has said that his standard, rapport-based interrogation style had yielded intelligence. That is, until the CIA butted in to use far more brutal methods while taking credit for Soufanâ€™s work.

Mitchell also pointed out that the post-September 11, 2001 atmosphere was one of frantic paranoia amongst intelligence and security analysts.

â€œThe big fear was some sort of a radiological device…It’s really easy, 13 years later, when there’s been no device, when all those people who were trying to build them were either killed or captured…to come along later and say ‘I could have done it better, this stuff was illegal.’ It was not illegal based on the law at the time,â€ he said.

Steven Kleinman, a whistleblower who pointed out abuses taking place in Iraq when he was an Air Force colonel there, told the Guardian that he could not understand Mitchellâ€™s position in believing that torture which ultimately produced false confessions could also yield â€œreliable, accurate and timely intelligence.â€

â€œWhy would anybody think that a model that would produce those outcomes would also be effective in producing the opposite?â€ Kleinman said.

Overall, Mitchell denounces the â€œliesâ€ spread in the mass media about the torture program and his role in it. He plans to write a book about his experiences â€œjust to get my point of view out there.â€

He said he is a supporter of Amnesty International, the human rights advocacy group that is very critical of the CIA torture program. He added that he wanted to support the group at a fundraiser to combat child abuse by volunteering to sit in a dunk tank.

Mitchell calls himself a political independent. “I’m not a Republican or a Mormon or a gun nut or power hungry.” His Wikipedia page, he said, had erroneously listed him as a Mormon.

All in all, Mitchell said he is proud of his service to the US. “I’m just a guy who got asked to do something for his country by people at the highest level of government, and I did the best that I could.”