Chris Gayle Is Under An Epic Rampage Of Trolls By People

Christopher Henry Gayle – a big name in the world of cricket. Come to think of massive sixes, countless boundaries scored one after another, sullen faces of opponents and one man to do it all, you will definitely consider Chris Gayle.

Indeed, Gayle is a legend of the game. There has not been a player like him because there is a part of him which makes him a unique athlete. 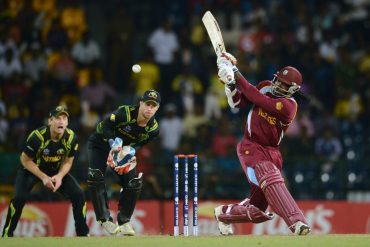 Chris Gayle is a much sought-after cricketer today. Every club in the local leagues just want to get their hands on him but eventually, the ones to triumph are the ones offering the most money to him. After all, Chris Gayle is a big money player!

Gayle does not need to prove his worth in any cricket platform. He has been one of the most persistent cricketers out there. His performances, his gigantic sixes in any ground around the world have produced remarkable results for teams he has played for. Safe to say, Chris Gayle, can make anything happen on the field as soon as he arrives.

He can turn the cards, be the trump card and what not… 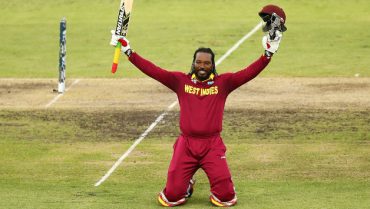 However, Gayle has only been a shadow of his real self in the Pakistan Super League. He failed to perform impeccably in the first season of PSL, while things are so far turning similar in the second season of PSL.

Gayle’s performances have rather declined and fans of Karachi Kings are mad. Not only the fans, but rivals are taking a dig at him. He is being epically trolled on social media every time he has failed to perform up to his level.

We managed to find some of the hilarious things people have said about Chris Gayle during PSL 2017; so, check them out…

Whenever I see Gayle’s batting pic.twitter.com/s4PHXNQy7x

I have seen Azhar Ali score quicker in test cricket than Gayle is in a T20 match.

Pic 1 Gayle in Other Leagues
Pic 2 Gayle in PSL pic.twitter.com/r6Ffpg2ayp

How many times did you disappoint karachi kings fans?
Chris Gayle: pic.twitter.com/EwzFD4iEr3

Gayle: “Im being paid really good ,maybe I should perform better too”

When you spend money on Gayle but get Afridi instead. pic.twitter.com/xJbSibGaUH

I just want to make a point that we need to understand that it is really a matter of form for some players. It is not that he is only out of form when it has come to PSL. Supporters of Karachi Kings should back him regardless. Performances might come and even if they do not, it is no issue.

Chris Gayle deserves a boost of morale in my opinion. All this rampage on him is rather harsh.

What do you think about it?