Various carriers which include China Unicom, China Telecom, and China Mobile have launched their 5G data plans. It appears that more than 130,000 5G base stations are going to be active by the end of the year. Apparently, this would be the world’s greatest 5G deployment, outnumbering other first-world countries.

All Details Of China’s 5G Services:

It is no doubt that China has always taken the lead when it comes to technology. The country has been focusing on developing countless technological products that are used diligently worldwide. Moreover, such developments have had prominent effects on the economy of the country, making it the giant it is today. So it doesn’t come off as a surprise that China decided to release these 5G data plans. 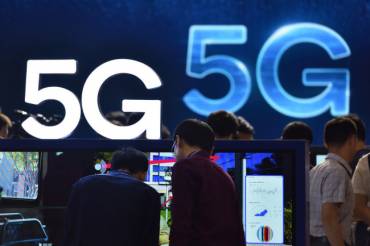 5G is a technology that promises faster downloads and upload speeds while ensuring better connections. So, for sure, 5G isn’t called the ‘fifth generation’ of mobile network technology for nothing. China is making sure that it beats the competition that it suffers from the U.S.

Even though the U.S. and South Korea have also launched their 5G networks this year, China’s sudden decision has been innovative than ever. The 5G service is available all over 50 cities in China and the monthly plans are ranging from 128 yuan, starting from $18 to 599 yuan or $85. The services seem to be affordable for the general population.

How Huawei Is Playing Its Part:

It is also witnessed that Huawei has been a giant supplier of network equipment for China’s 5G services. And Huawei appears to be helping out different countries for their 5G network as well. However, Huawei has been banned or blacklisted from the U.S because the country believed it to be a risk to security and, hence, has stopped Huawei from providing its services.

Though, the company in itself has mentioned that there is no such case of increasing ‘risk’ nor is Huawei harmful. Many believe that the U.S probably took such a decision because it wanted to halt China’s progress as a leading economy. China Mobile, which is China’s greatest mobile internet provider, has handed out about half of its 5G networking contracts to Huawei.

Therefore, most of the Chinese citizens trust the company and do not stick with the claims mentioned by the U.S regarding the company.

An estimate given by China Telecom suggests that China will be at the forefront when it comes to 5G services. It mentions that China will be having over 170 million 5G subscribers by the next year. While South Korea might come in second with 75,000 users and the U.S would have 10,000 as mentioned by analysts at Sanford C Bernstein.

Moreover, other statistics say that China is expected to have more than 600 million 5G subscribers by the year 2025. The number is massive and can result in a considerable boost for the country and its journey towards technological services.