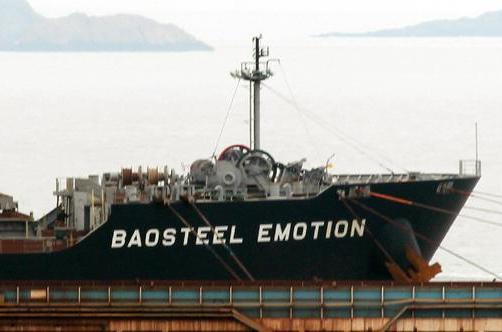 China has released a Japanese cargo ship after its owners paid $28m to settle a pre-war debt, a court has said.

The Shanghai Maritime Court announced on Thursday that a large freight vessel, owned by the Tokyo-based Mitsui OSK Lines, had been released from “detention” because Mitsui had “fulfilled its obligations” by paying compensation and additional court costs of around $390,000.

It did not name the Chinese party awarded the compensation, the news agency AFP reported.

According to a statement from Mitsui, Saturday’s impounding of the Baosteel Emotion was connected to two freighters that were chartered in 1936 from a Chinese shipowner by the Japanese firm Daido Kaiun.

These were commandeered by the Japanese government and subsequently lost at sea.

The Shanghai Maritime Court referred to a 2007 judgement stating that Mitsui should pay the plaintiffs about $30m for the “hire, operating loss, damage of the vessel Shun Feng and the vessel Xin Tai Ping and fruits incurred”.

The seizure came amid ongoing tension between Japan and China over a dispute about islands in the East China Sea that both nations lay claim to.

Security Council must act on Syria: UN chief
Putin: Kiev authorities are junta if they use force against civilians
To Top