50 Children Have Been Wounded In A Kabul Taliban Attack Today|Parhlo.com

About 100 people have been wounded in a Taliban attack on Monday. Among the injured people, about fifty are identified as children. The Taliban supposedly detonated a car bomb within an area including the city’s government institutions and housing military. Even though this Kabul attack is shocking but the country experiences such events sadly often.

How The Kabul Attack Took Place:

According to the education ministry, some of the kids are injured because of the glass shards. They are not too affected by the explosion physically but the sudden blast definitely left an impression in their mind. The children were wearing their school uniforms with a shell-shocked look after the Taliban attack. Moreover, the ministry also mentions, “All sides involved in fighting to guarantee the safety of students, teachers, education workers and schools” about five schools have been damaged. 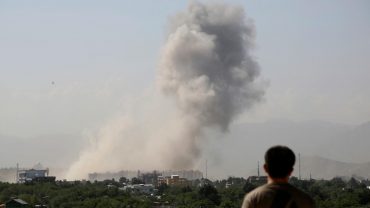 Nasrat Rahimi, The Interior Ministry Spokesman, talks about surrounding the attackers and rescuing the victims. “Security forces also rescued 210 civilians from buildings nearby,” he said.

The Taliban’s target is still in the dark but according to the Militant Spokesman Zabiullah Mujahid, the target has been a defense ministry building. The place has been in protection for now.

Gunfire continued rampantly to create major terror within the city. People were running for their lives to ensure a safe spot within the war zone. Leaving political differences aside it is a sad occurrence that the people of Kabul have to live their lives in fear. A fear that controls their every move. Kabul attacks are super frequent. Not to mention, being a part of diversity in such a country carries other dangerous consequences. For example, the Hazara people are generally targeted often, especially because of their race and religion. Moreover, their ethnic cleansing is similar to the one occurring in China involving the Uighurs.

The Taliban want the U.S troops gone from Afghanistan within six months. Moreover, the Taliban are also not open to talking with the Afghan government as they believe it is a ‘puppet’. 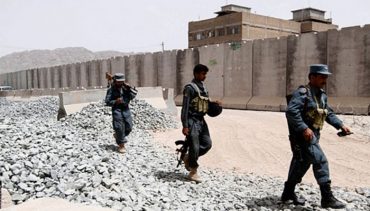 The AFP reporters are mentioning that they heard explosions and gunshots quite clearly after the first bomb blast. The initial explosion has been so loud and massive that it trembled buildings about two kilometers away.

This has been a powerful bomb blast but Kabul faces similar incidents, on a smaller degree, every time. This is why the people there leave to receive asylum because Kabul is becoming a warzone day by day and no one bats an eye. It is so normal for people at this point. Seeing families suffer in third-world countries is just another Taliban attack that we need to ‘get over with’. Instead of trying to help we believe that our thoughts for them are enough.

Taliban will still keep targeting innocent people. This is a terrible loop that Afghanistan is stuck in. 100+ people getting injured is nothing but an everyday situation and that mindset needs to change! Pakistan has also expressed a disgusted reaction towards the attack, “Such attacks are detrimental to the cause of peace, security, and stability in Afghanistan.”

What do you think of the sudden Kabul attack? Share your thoughts.

Indian Brutalities Are Soaring Day To Day And The Silence Of The World Is Shocking
Careem Named Best Ride Hailing Service In Pakistan At Pak Digi Awards 2019 And This Is Brilliant!
To Top