The final draft will be submitted in the next Senate session. Moreover, Special Courts will hear child molestation cases if the bill passes in the Senate.

“Any police officer who does not comply with the provisions of Section 8 of this act in case missing or abducted child or any other public officer who willfully delays or hinders in providing or processing the information in accordance with provisions under this act shall be punished with imprisonment not less than one year and up to two years. And, a fine of not less than Rs50,000 and up to Rs100,000,” says the final draft. 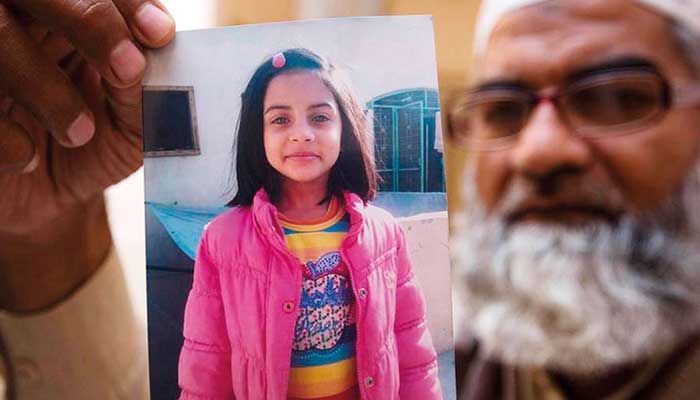 With this recent move, we have once again come up with the question that why serious issues [child rape, sexual abuse, and child killings] have not been taken into consideration in Pakistan. Culprits are getting leverages with meager plans of the authorities.

Earlier, a similar case was reported where a teenager escaped from her alleged rapist/kidnapper. But, authorities took no action against the culprits.

What is Zainab Alert Bill?

The legislation was named after 6-year old Zainab, who was kidnapped in Kasur and then raped and killed in 2018. Under the new law, a Zainab Alert, Response and Recovery Agency (ZARRA) will be set up. In case a child is reported missing, the ZARRA will activate alerts across the federal capital. Information, such as the child’s physical characteristics, habits, clothes, etc, will be sent to all relevant law enforcement agencies and the public at large.

In coordination with the Pakistan Telecommunication Authority (PTA), messages will be generated to all service providers regarding the child. Also, the information will be sent to all electronic and print media as well as radio stations.

A helpline 1099 will be set-up to report the missing or abduction of a child.

However, all these plans are still work-in-progress. No executions can be seen so far when people still seek justice for their loved ones.