Child Labor: Children Are Meant To Learn, Not To Earn

Arshad Khan aka The Chai Wala; is the new hype of the Social Media. His colored eyes, his attractive smile, his killing looks and so on. But what about his fight for survival, his need for food and shelter not met, and his childhood ruined at the hands of responsibility? Everyone is concerned with his physical appearance but nobody pays heed to look at his severe and painful past. His childhood wrecked in working for his family’s survival. No going to school, no playtime, only work, work and work.

There are many chai walas, chotus, dhabbewala’s etc present at every street, and every corner of Pakistan. But their struggle is invisible to the government and the elite social class of our country. Child labor is in the most pathetic state in Pakistan. The fact that our people are also not the least concerned is very alarming as being a human being.

According to a Global Slavery Index 2013, Pakistan ranks third in the prevalence of child labor after Mauritania and Haiti. But, is our government bothered about it? The answer is a big NO! The government of Pakistan has failed to conduct a child labor survey since 1996. It has been 20 years since no records for child labor statistics with us. Nobody is even ready to talk about it. The children from the lower income groups do have right to educate themselves and feel like all other children of their age. But our society is completely silent on this issue. People see young children working at numerous places but everybody ignores the fact that they are not supposed to work at this tender age. 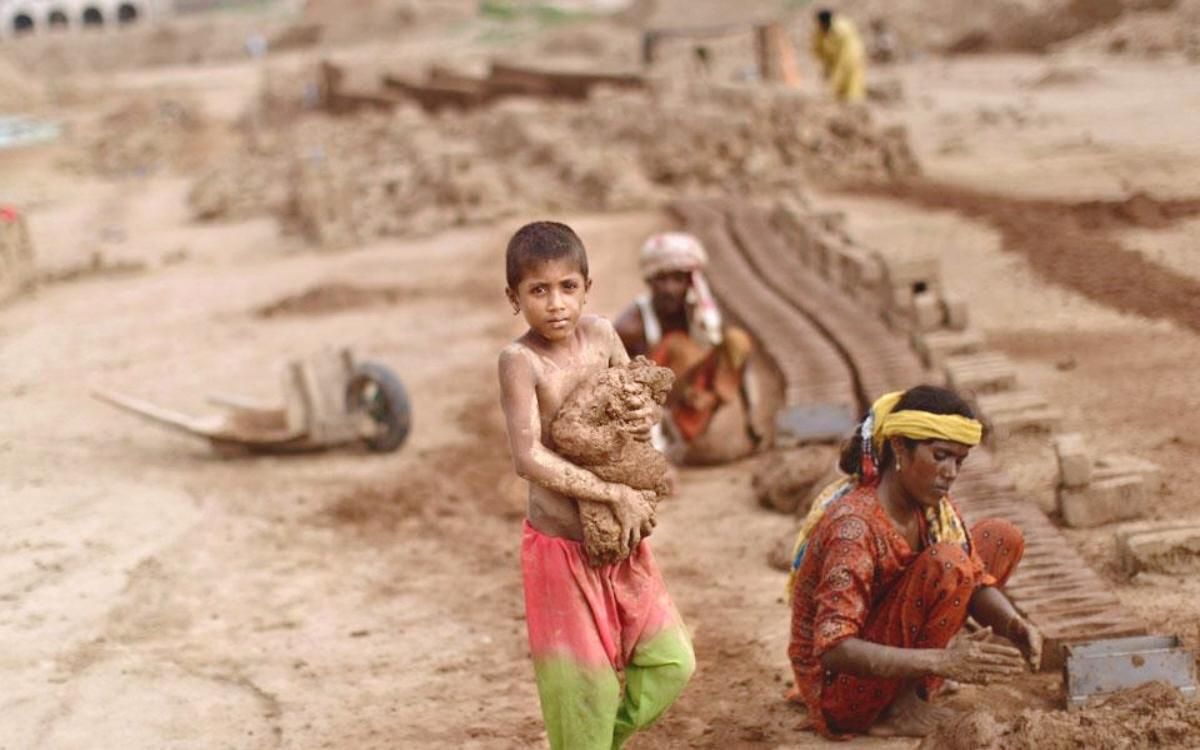 The ILO (International Labor Organization) estimates that 12.5 million children in Pakistan are subject to child labor, in a 2012 survey. Around 264,000 children are involved in domestic child labor. Pakistan’s economy is growing and it’s GDP rising, but do you think that such a high number of children involved in child labor indicate that we are prospering? Children are the future of any country; sadly our future is still holding tools in their hands instead of books. The living conditions of Pakistan are the same for the lower income groups. They are deprived of the basic necessities of life and their children still subject to child labor at the age of studies.

The legal system of Pakistan is not silent on this issue. Article 11 of the Pakistani Constitution prohibits slavery, trafficking and the participation of children under 14 in HAZARDOUS employment. The focus word here, being “Hazardous”. Occupations such as transport, factories, mines, work involving agricultural machinery & pesticides and carpets are considered as “hazardous”. What about the “chotus” working at dhabas, mechanic shops, chai stalls, garment shops etc? They are all exempted from this law. Why? Because they don’t even know they are being exploited and they do have some rights; Rights to education, rights to speak and rights to LIVE.

Few other laws are also there e.g. Employment of Children Rules of 1995, the Bonded Labor Abolition Act of 1992, etc. However, implementation of these laws is to be seen nowhere. The passing of laws won’t do any good to those children; its implementation is the basic problem. Even after the Article 11 presence in the constitution, the carpet industry runs basically on the goods made by young children. This industry has the highest rate of child labor in Pakistan.

The Pakistani governments, since 1947, have failed to provide better living conditions to its people, but the unfortunate part is that the people themselves are not aware of their rights. People have become accustomed to facing problems and bearing pain without speaking up.
Our people need to stand up for themselves. They should know their basic rights and stand up for them.

The government should conduct a survey on child labor to know the exact situations prevailing and make the implementation of laws mandatory. The people who don’t abide by the laws should be punished in a way that it becomes a lesson for others to see. The government should also provide money to the children from lower income groups to go to school. This is because the parents don’t send them to school as they will be losing the wages they earn for the family.

Apart from this, our society should take a stand against this issue. We should report anyone who employs children below the age of 14 to the law enforcing agencies. A country cannot prosper unless its children start getting the proper education. Children are the future of any country, make it bright or make it dark, it is in our own hands.
“Let us decide never to drink water from a home where child labor is employed.”
Kailash Satyarthi – Nobel laureate & Child Right Activist