Child domestic labor is a reality we all shy away from. It is a part of our daily life and is familiar to most of us. Due to no recent study, we cannot be certain of the number of child domestic workers in Pakistan. However, such practices are prevalent all over Pakistan.

Unfortunately, no other occupation has resulted in the deaths of children more than child domestic labor. Regardless of the shocking reports of assault and a social media outcry, we did not witness any sign of stricter laws to protect children. 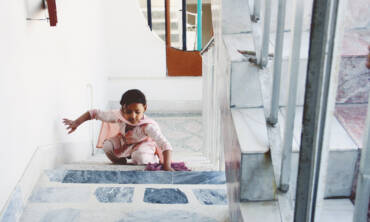 Last month, a call had been made to enforce the law against child domestic labor during an online session. The Society for Protection of Rights of the Child (SPARC) organized it on ‘World Day against Child Labour’.

Child rights activists urged the federal and provincial governments to enact new laws against child domestic labor. They classified child labor as one of the worst forms of modern-day slavery.

Furthermore, in the online session, the child rights activists asked for immediate action by the government to ban the child domestic labor.

Ban on the employment of children for domestic help was long overdue. At last, the Federal Cabinet has approved a bill against it across the country. During her speech in the Senate on Friday, the Human Rights Minister Shereen Mazari said that it will be implemented once further work on the bill is completed.

On Thursday, in a meeting of the Human Rights Ministry, the Interior Ministry demanded a child labor law draft. In addition to this, the draft will now also include domestic child labor.

According to the new clause, any child under the age of 14 years can not be employed as domestic labor. Moreover, if anyone is found violating the law, they will face the consequences and get punished.

It is to be noted that Pakistan acknowledges forced labor, slavery, and external trafficking in documents. However, it has not been able to take any administrative measures to ban such practices.

We keep hearing about news cases of brutal torture and murders of defenseless innocent child domestic workers. Mainly young girls are victims of such brutality. The case of an 8-year-old maid beaten to death by her employee is just one out of several examples of such heinous acts.

Children are meant to be in schools and playgrounds, not to mop floors, and to be beaten for a job undone. It is high time we pledge not to let childhood be stolen anymore! We must collectively fight the employment of children as domestic workers.